Damn! Nostalgia is running rampant today, but first I wanted to report my thoughts quick on Brightburn, which is currently in theaters! I checked this one out yesterday at a matinee and was pleasantly surprised by this nasty little supervillain origin story. If you’re a fan of Superman you’re sure to find this one quite intriguing. If you’re a horror buff you’ll just might get a kick out of this unique creepy “superhero” tale. Brightburn is essentially the origin story of Superman but instead of him growing up to be the beacon of good we’ve grown to love he goes the opposite direction and gets real nasty to the human race. Once the main character kid realizes (around puberty) that he’s got superhuman powers developing, he quickly decides he’s superior to all humans and sets off on a villainous path of small scale destruction. Playing with people like an evil kid with a magnifying glass on a sunny day around an anthill.

Raised on the farm with his step parents just like good ol’ Clark Kent, he starts off as an innocent nerdy kid right up until his 12th birthday, basically deciding to go on a killing spree, off-ing nearly anyone who gives him a dirty look with his new found ass kickin’ abilities. I wasn’t sure what to expect here, but luckily this is a pretty sweet “smaller budget” mainstream horror movie, unlike anything in the genre I’ve ever really seen before. I guess it might be a good companion piece to say, ‘Split’ which turned out to be a supervillain origin story in disguise. However unlike ‘Split’ this one’s R-rated, so there’s some pretty disturbing gory moments sprinkled about that really took me by surprise & some pretty nice visual fx work as well. It’s tense, well acted and deserves a sequel, as I’d love to see what happens to this evil little maniac next. It definitely exceed my expectations and if they do make a sequel hopefully humankind can figure out some way to put this pint sized supervillain in his damn place!

Next we got a new trailer for the final installment of Rambo! Titled “Last Blood” we get to see just what the hell John Rambo’s been up to since the last extra bloody installment from 2008! Yeah Stallone is back again as the iconic anti-hero and this time it looks as if he’s single handedly (of course) going to battle against a powerful drug cartel. The trailer looks promising, maybe not quite as wild as the last go round, but still, for his age it seems Rambo’s got one more damn fight left in him!

Next is the big one, the trailer for ‘The Dark Crystal: Age of Resistance’! I never thought I’d ever really see the day we’d actually get a prequel to the beloved 80’s Jim Henson puppet masterpiece. I’m pretty impressed with what we’re seeing here, as it does feature some stunning puppetry. As great as it all looks I’m going to say honestly I’m a bit surprised with how CGI heavy it is as well. I’m not disappointed because I think practical fx and CGI used together tastefully is the best way to pull things off. Also it’s 2019, I hardly expect any mainstream production to go fully practical. Anyway this looks great if haven’t seen it yet check it out and if you have watch it again!! 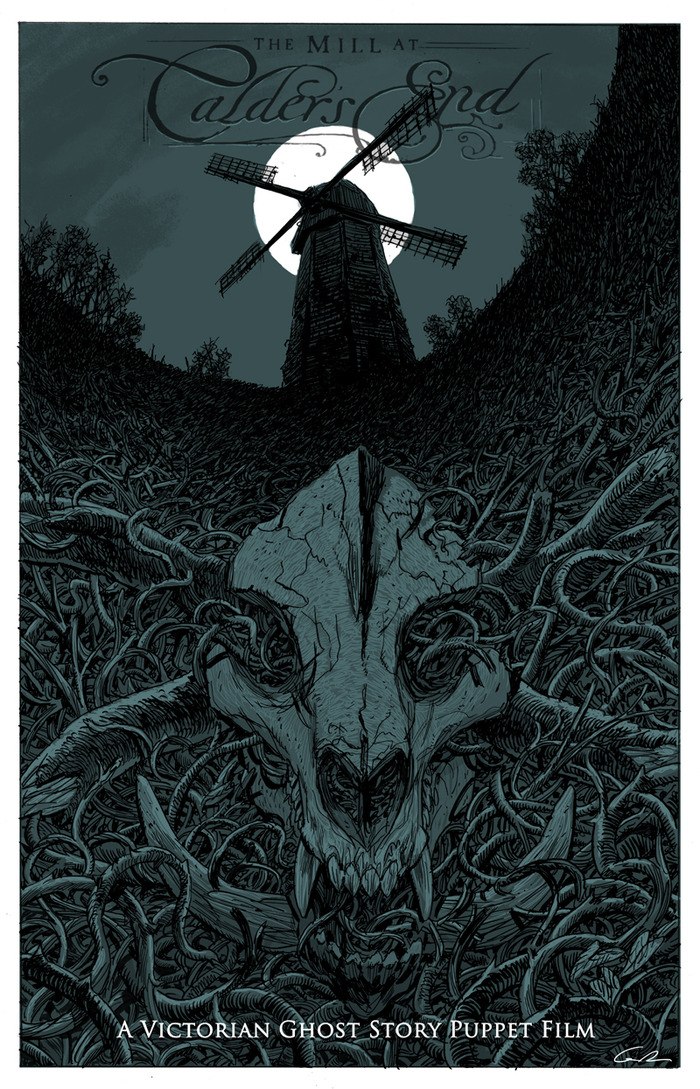 I am thoroughly bummed out that “Lessons Learned“, the short film by Toby Froud somehow slipped through my radar here undetected! Being a huge fan of Both Labyrinth & The Dark Crystal this film is on my must see list and Mr. Froud I find also lives right here in Portland, Oregon! Now that’s not even the most interesting part, Toby is kind of a legendary guy, his parents created the puppets and landscapes of The Dark Crystal & Labyrinth, but get this, he also starred in Labyrinth as the legendary baby that David Bowie kidnaps!!

So these days he lives in Pdx and works on puppets at Laika Studios on movies like Paranorman and the upcoming Box Trolls.  Most recently however he’s completed his epic puppet short film, “Lessons Learned”, which was funded on Kickstarter. Now the film is complete and screenings are popping up. The movie looks pretty awesome & it really looks like it takes place in the same universe as The Dark Crystal!

So check out this trailer for the film which he teamed with Heather Henson (Jim Henson’s Daughter)! I think if he could follow this up with a feature length film, in the same vein it would excite legions of people all over the world. Lessons Learned will screen again as part of the Portland Film Festival in August. For those not in Portland, it has been selected as part of FilmQuest in Salt Lake in July, and will possibly play at festivals elsewhere pending acceptance.