Here’s a cool solid debut comic book from Black Mask Studios called ‘There’s Nothing There’ from the co-creator Patrick Kindlon of the awesome series “We Can Never Go Home”. This issue starts off instantly with a cool but familiar feeling set up as we follow a woman named Reno who attends a mysterious elite costume party with one of her friends. Think a little ‘Eyes Wide Shut’ here as soon it’s revealed that things are set to get kinky real quick. 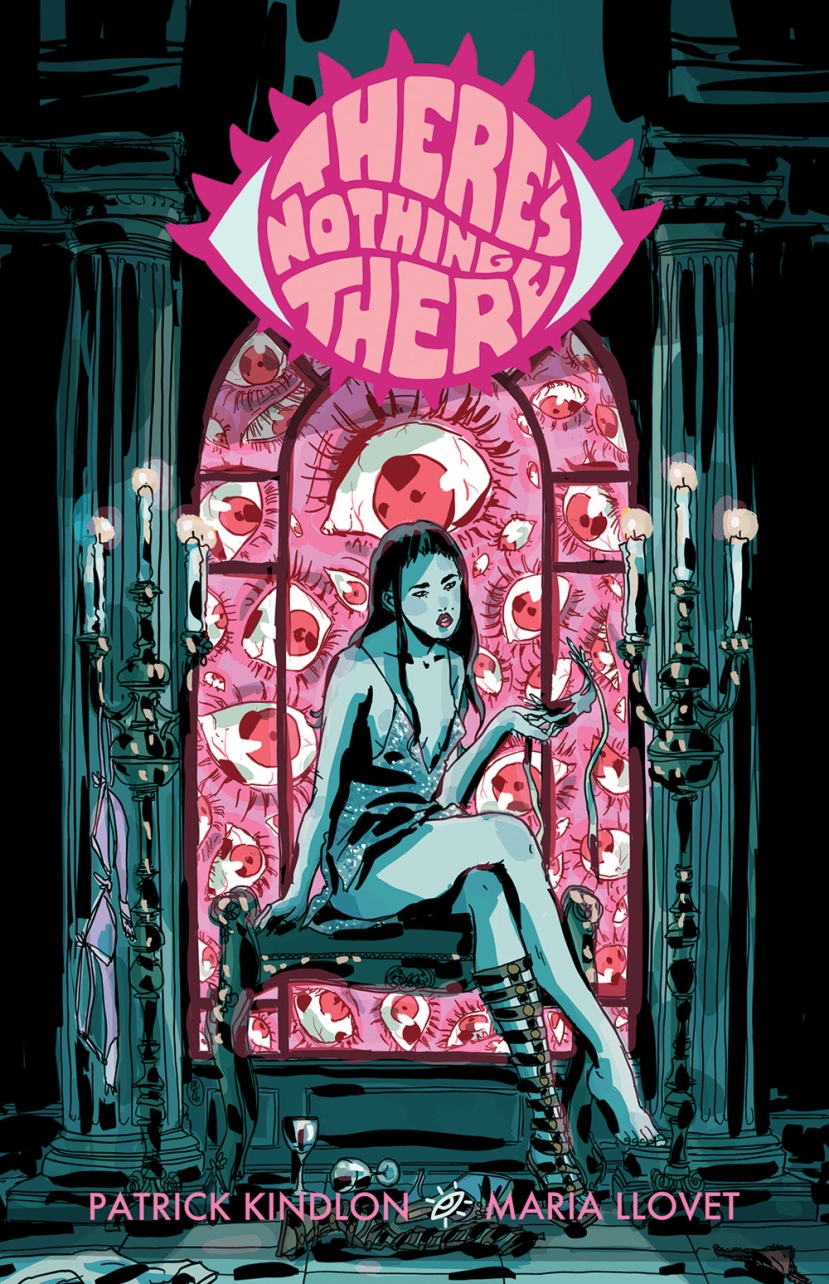 We’re not entirely sure who’s party this is or what’s at stake as we’re introduced to some mega richie rich ‘Bill Clinton’ looking dude who emerges and delivers an odd slightly religious sexually charged speech to the party goers that seems to signify they’ll be creating something important together. The place quickly erupts in a full on orgy, and Reno fully partakes in the festivities as we’re given a fairly detailed look at the sexual endeavors that ensue over a few pages. During it all Reno sees something strange appear outside in the sky that at first appear almost like some sort of UFO’s floating in a pink cloud shrouding the sky. 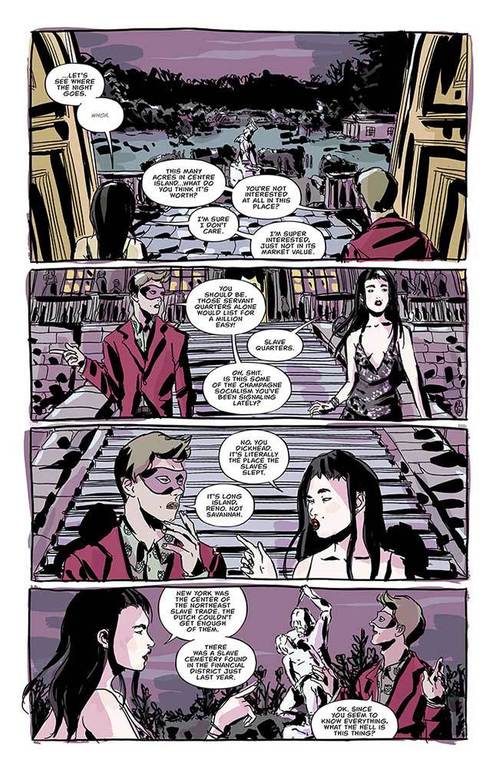 The next morning Reno’s mind is clearly in a bit of a haze and as she meets a friend for breakfast we discover she’s some sort of star who’s worried about the paparazzi following her and not following her at the same time. She soon begins to have hallucinations of odd people appearing on the streets and we’re not quite sure if she’s suffering from the effects of drugs from the night before or if perhaps she’s developed some sort of sixth sense to see dead people. Is this the result of an elite ritual from night before? Likely, but things continue on this way even after she returns home to get some rest.

There’s some great potential here and has set up a mysterious plot that could easily go in any number of directions and I hope it pushes the envelope as the story progresses into some unfamiliar terrifying territory. We’re treated as well to some pretty sweet stylized artwork here from Maria LLovet that works perfectly with the story’s tone & mysterious set up. I’m not always these days drawn to stories about rich sexy elites as it seems that most characters in comics somehow come from this sort of classist privileged environment. However, I’m getting the feeling that this might deliver a lot of twists and turns that will likely place our main characters into some unfamiliar territory.

Black Mask is putting out cool books and is quickly becoming one of my favorite publishers. ‘There’s Nothing There’ #1 is a solid debut (that’s new on the shelves this week) and it’ll be interesting to see if this one can craft an unpredictable mystery as the series continues. Check it out!