Well I did it! I finally went out and saw The Amazing Spider-man. I guess that shows you exactly how excited I was for the movie huh? So I thought it was a decent Spider-man movie about on par with the Raimi franchise. It wasn’t leaps and bounds better but I am glad to say I got seeing the movie out of the way or crossed off my “to do” list. It was pretty much exactly what I was expecting sadly with no real surprises. Garfield did a decent job as the new, more hip, high school Parker. No longer do we have the geeky nerd, now we have the skateboarding hipster Parker with his skinny jeans, hoodie, assorted leather jackets and fingerless black gloves. Parker is not the nerd we remember anymore, he’s a dark mysterious loner. He walked straight off the set of Twilight. Not really my ideal version of the character but Garfield put some good emotion into it and therefore it sorta worked especially for this generation of tween movie goers. 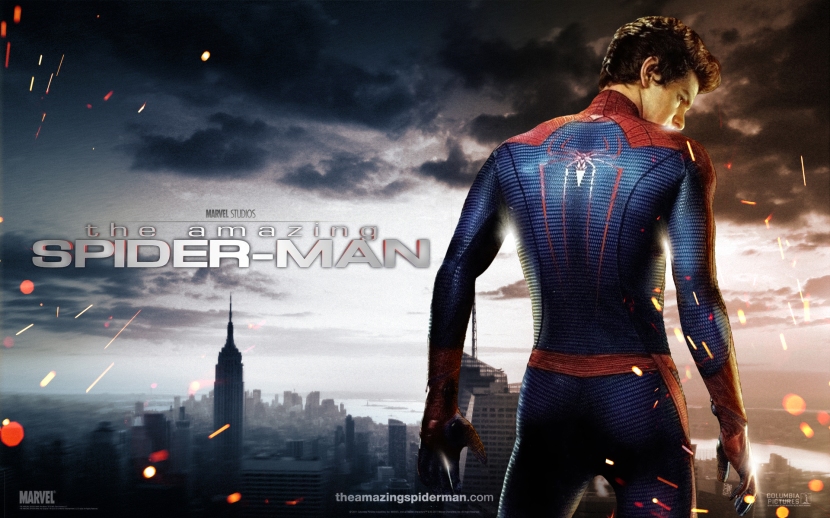 The movie kinda lost me however with the Lizard. Everything felt pretty real for the most part until he appeared. Often times the movie’s flaws unfortunately were it’s action scenes jam packed with cartoony CG pulled straight out of an Xbox game intro. It’s shiny and slick but often times a little too slick for my liking. Emma Stone did a fine job as Gwen Stacy and it was pleasure to see Martin Sheen and Sally “Gidget” Field back on the big screen. I honestly wish I had more to say about this one, but it just wasn’t memorable enough for me to rant on and on about. I am however happy I got the origin of Spider-man out of the way here, it felt like yesterday that I was watching Raimi’s version so this new installment really could have skipped the whole introduction again and gotten into some new uncharted territory. The one good thing is that it seems that we’ll get another shot at The Green Goblin as this film got The Dark Night treatment, they obviously will be putting him in the sequel, as they put the Joker in The Dark Night. Let’s hope this time he at least looks like the Green Goblin. Please though Hollywood The Green Goblin DOESN’T need to be a CG character. Don’t I repeat DON’T screw it up the second time around! 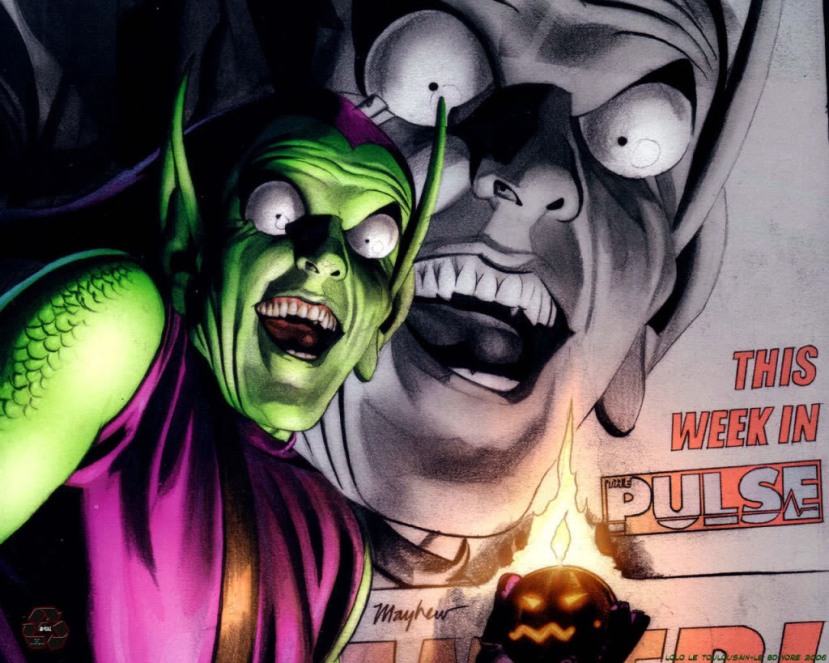 Hey Marvel this is the Green Goblin remember? He should look like THIS.

Also I am sure you’ve all seen the Thomas Jane short film “Dirty Laundry” he recently unveiled. This seems to be his attempt to woo Marvel back into letting him play The Punisher again. It was a neat little film for what it was and it was pretty violent as well, that is if you consider a lot of CG blood splatter really “violent”. I personally was never really to keen on that 2004 Punisher film. As much as I love Jane as an actor I just don’t think he really screams Frank Castle to me. So Should Marvel bring back Jane as Frank Castle? I am sure the fans reaction will have a lot to do with it. What do you all think? For me I’d like to see two more short “fan” made films, one by Dolph Lungren and one by Ray Stevenson before I make any endorsements!!

So yeah everyone is obviously talking about the new Amazing Spider-man trailer, by now I have watched it several times and I honestly think it looks alright! Now that’s not to say I am thrilled by this flick, I have to come clean here I am actually pretty damn sick of big budget Hollywood comic book movies. They are downright disposable and really don’t have a lot of staying power. I mean that by saying when seeing them a second time the initial thrill has worn off and these big budget plastic films are kind of a bore actually. They are pumped full of rubbery looking cg and safe predictable story lines.

So yeah the new Spider-man trailer looks slightly better that what I was expecting, if looks leaps better than Raimi’s shlock that’s for sure. I still don’t like the costume, you know the one Peter Parker made from a bunch of deflated basketballs? The Lizard looks ok so far, from what I can tell he’s either largely CG or entirely which doesn’t excite me the least. In fact most of the action sequences I have seen so far look like a video game. Garfield looks pretty good as Parker and it seems the story should at least be good upon first viewing. Oh yeah and kudos to them giving him his self invented web shooters!

I have to say though I would have loved for Marvel to bring a new super hero to life, perhaps Moon Knight, Doctor Strange, The Black Panther or Iron Fist even. Just personally kinda still not over the last three Spidey movies fully. So here we go again already, I will definitely be seeing this in the theaters but honestly I’m not totally stoked on the idea.

I am excited for The Avengers movie, mostly because of Whedon’s involvement, hoping that perhaps he brings us the memorable movie I have always dreamnt of. Lastly I really would like to see some smaller scale superhero movies made, something gritty and more real world feeling. Not real world as in realistic but rather something that doesn’t feel like a bunch of people in front of a green screen the entire movie. Something inventive, with feeling that really transplants you into the pages of a comic book…