Punching Nazis is all the rage these days! It’s never been a more popular thing than right now and while I really don’t want to condone punching anyone, I’ll admit that I’m not particularly saddened when I find out that it happens! This whole punching Nazis thing is nothing new, especially in comic books. So here’s some great images to satisfy that urge to kick some Racist Nazi booty! Take a scroll down and get it out of your system for the moment! Again I don’t condone violence, but hey what’s not to love about seeing a good nazi knock out in the comics?! Yeeehaw lets go!

END_OF_DOCUMENT_TOKEN_TO_BE_REPLACED

I know, The Avengers: Age of Ultron  probably doesn’t need any more hype, as it’s clearly on it’s way to probably being the most successful movie of all time. But to not chime in a little on this one would be a crime right? I was a big fan of the first one, it was a damn fun movie, I finally got a pretty decent Hulk (though I still am not a fan of an entirely CG character) and it merged all the other Marvel movies together seamlessly. Now I’ll say this I’m not sure that The Avengers with all of it’s slick computerized fx will age very well and I to be honest I wasn’t a huge fan of Loki & The Chitauri as the films main villains. But regardless now we have the first trailer for the second installment and it looks pretty damn awesome! So here it is again, like this fucking thing needs any more attention with it’s near thirty million views in like 2 days…

It’s clear the movie is going for a darker almost apocalyptic vibe to it. It’s tone is much more serious and the trailer clearly lets us know this movie is filled with secrets and clues to future Marvel movies. The first look at Ultron was chilling too, he’s a creepy ass robot the way he should be, so I’m tickled pink that they got that right. It promises to an epic battle between The Hulk and Iron Man (or possibly Iron Man’s armor under the control of Ultron?) that I can’t wait to see. It’s clear there’s some sort of problem with Tony Stark in this one that I suspect could set up the movies for the Civil War plot they have been talking about. I also see potential for maybe a Planet Hulk flick coming out of this one. I cannot wait to see the Vision! And this messed up romance!

Now as cool as Ultron looks I wish and hope that there’s more to flick in way of super villains. I love Ultron, but the whole idea of The Avengers fighting another huge ass group of guys who look the same (ahem the Chitauri in the first film and army of Ultrons this time)) again might be the one thing that I am not too thrilled with. I really would love instead to see some Avengers villains really get into the next movie. Give me The Masters of Evil, Baron Zemo, The Super Skrull, The Absorbing Man, The Leader, M.O.D.O.K., The Wrecking Crew for cryin’ out loud!! Where are all these great villains dammit?

I wanna see the Avengers take on a team of bad guys like in the comic books-Let’s get a roster of great actors for the third movie with a final superhero/villain battle unlike anything we’ve ever seen on film. I cross my fingers for part three to deliver this and more. In the meantime though I am pretty damn pumped about The Age of Ultron, it somehow looks leaps and bound more exciting than the first one. It seems Marvel just can’t be stopped, let’s see Fox or Sony or hell even DC top this! It’s an exciting time to be a fan of the superhero…

Everyone is Avengers crazy at the moment and for good reason, the movie was RAD! So I asked the question what’s next for the team? Supposedly another Iron Man, Captain America, Thor, Hulk (though not confirmed) and Nick Fury movie in the works first before we get a second Avengers installment. Personally I think they should skip all the solo films and just start planning the sequel. Do we all wanna wait 5 more years to get another Avengers movie? Not me!

With a second movie we will most definitely get more Avengers! But who will be the new team members? Listen up Marvel because Universal Dork is going to give you the winning choices!! So let’s get started! 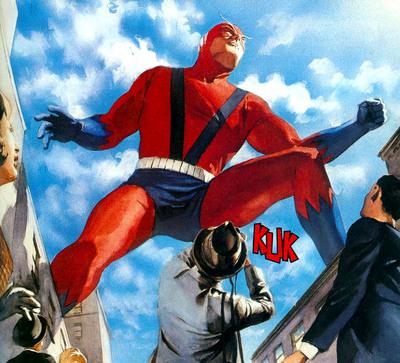 First I must say this- Why the hell was Hank Pym not in the Avengers movie?!! They should have skipped Hawkeye & Black Widow and given
us Giant Man and The Wasp! I mean how great would it have been to have seen The Hulk battle in NYC from The Ultimates with Giant Man towering above the buildings? This next movie is the perfect opportunity to bring him into the fold! 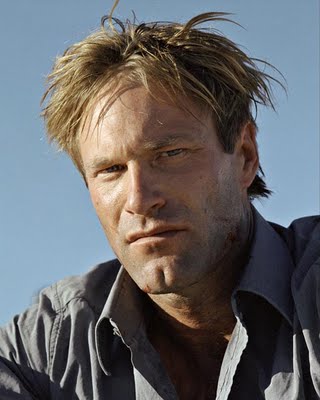 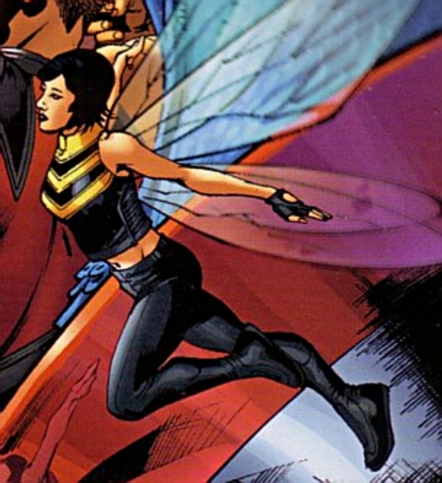 Well if we are going to bring in Pym then of course we need The Wasp! These two go hand in hand and their relationship is quite an interesting one. She’s always dealing with Hank’s abusive behavior and if you read the Ultimates you know this would be a great story to tell! When Cap goes after Giant Man after he nearly kills the Wasp with bug spray was easily one of my favorite moments of the series! 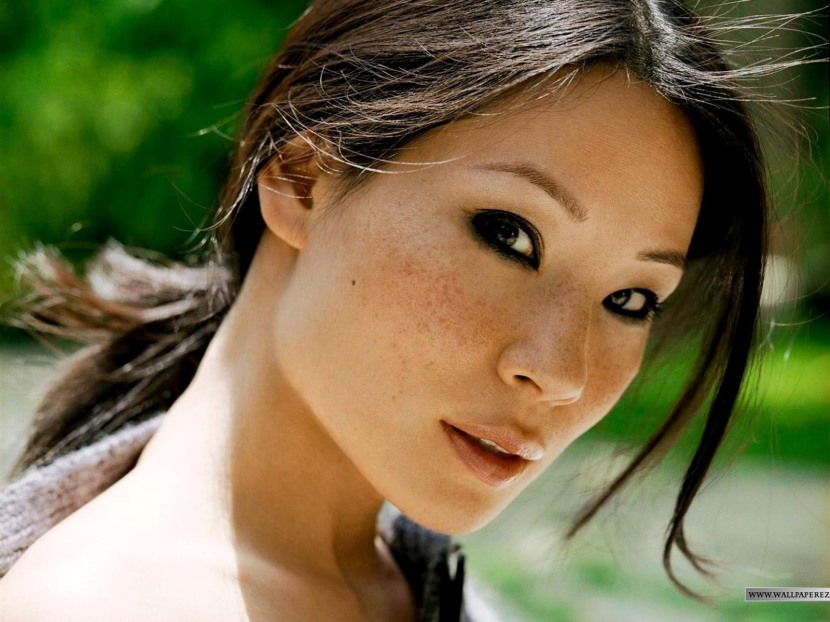 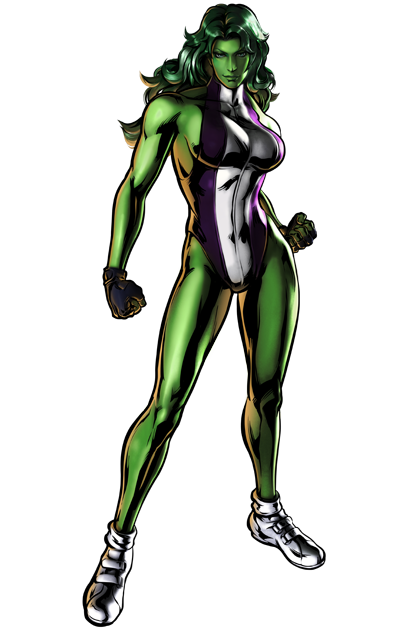 Aside from being the hottest woman in comic books we have the perfect opportunity to bring in Jennifer Walters and She-Hulk. We already have The Hulk on board so it would be a great story in the next movie to have Ruffalo have to save his cousin with that blood transfusion. Plus who the hell doesn’t want to see a real She-Hulk in the flesh?! In this case I would highly advise NOT CG-ing her. Get a good make up artist and actually digitally enlarge her. All the fan boys wanna see the real thing this time! 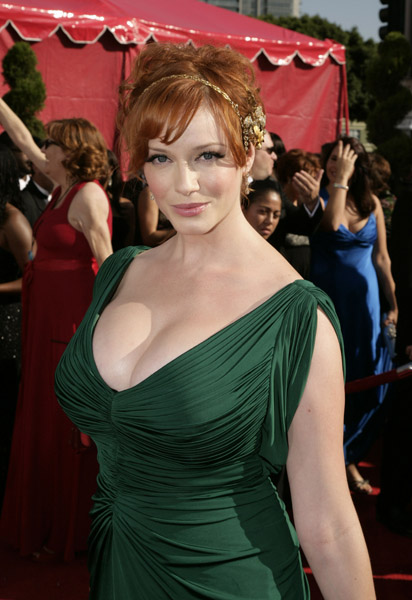 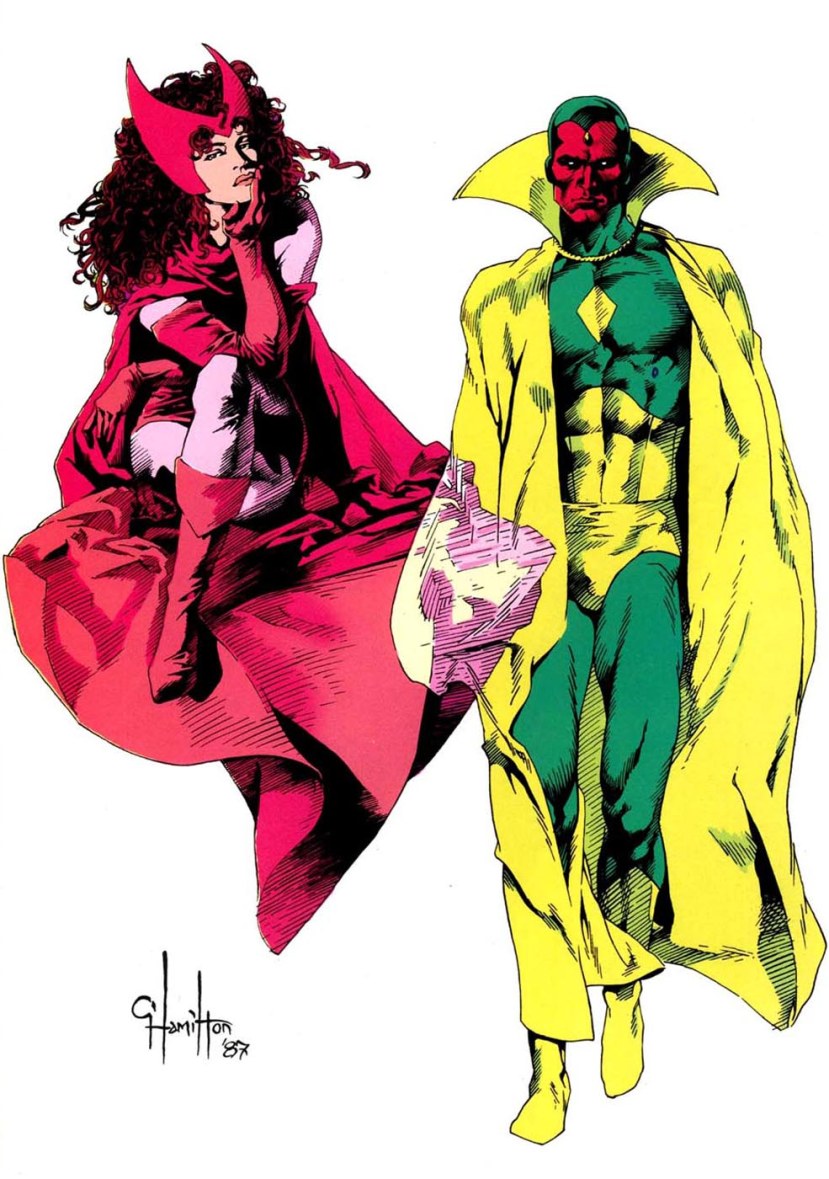 Yes!! The Vision is easily one of the coolest comic characters ever!!
He’s a staple Avenger, an Android and his wife is a human mutant the Scarlet Witch! I say if they decide to pass on Giant Man and The Wasp then we have to see the messed up story of a woman who falls in love with a robot!!! 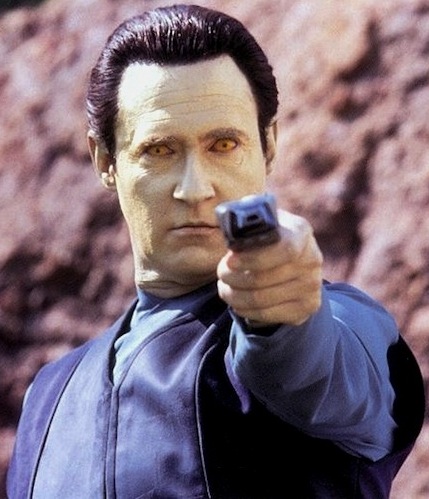 Another obvious choice, the king of Wakanda needs to kick some serious ass in this next installment. Recruiting him would be a blast too as The Avengers could travel to his homeland and even get into a scuffle there in the Jungle! The Avengers need a little more color in their team, Nick fury behind the scenes just ain’t enough! T’challa however could be a whole franchise of his own as well… 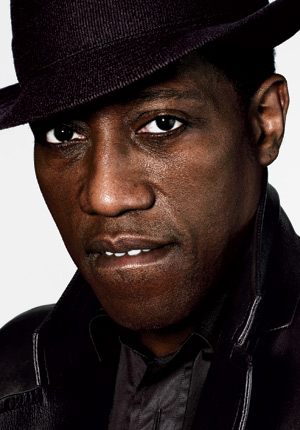 Casting Choice: Wesley Snipes (if he gets out of prison! Plus he was a good Blade and already expressed interest in playing this charcter)

What do you think??

So guess who else was immortalized into a comic book back in 1984? None other than David Letterman! Yeah he made his first comic book appearance in The Avengers #239! It seems that Wonder Man used his connections as an actor to get the team on Late Night’s most popular television show! However this appearance is no cake walk for the team as the dastardly super villain Fabian Stankowicz aka The Mechano Marauder attacks the team on live television with his crazy ass gadgets! He then takes the guest seat and chats with Letterman about how his plan is foiling The Mighty Avengers in front of a live audience. 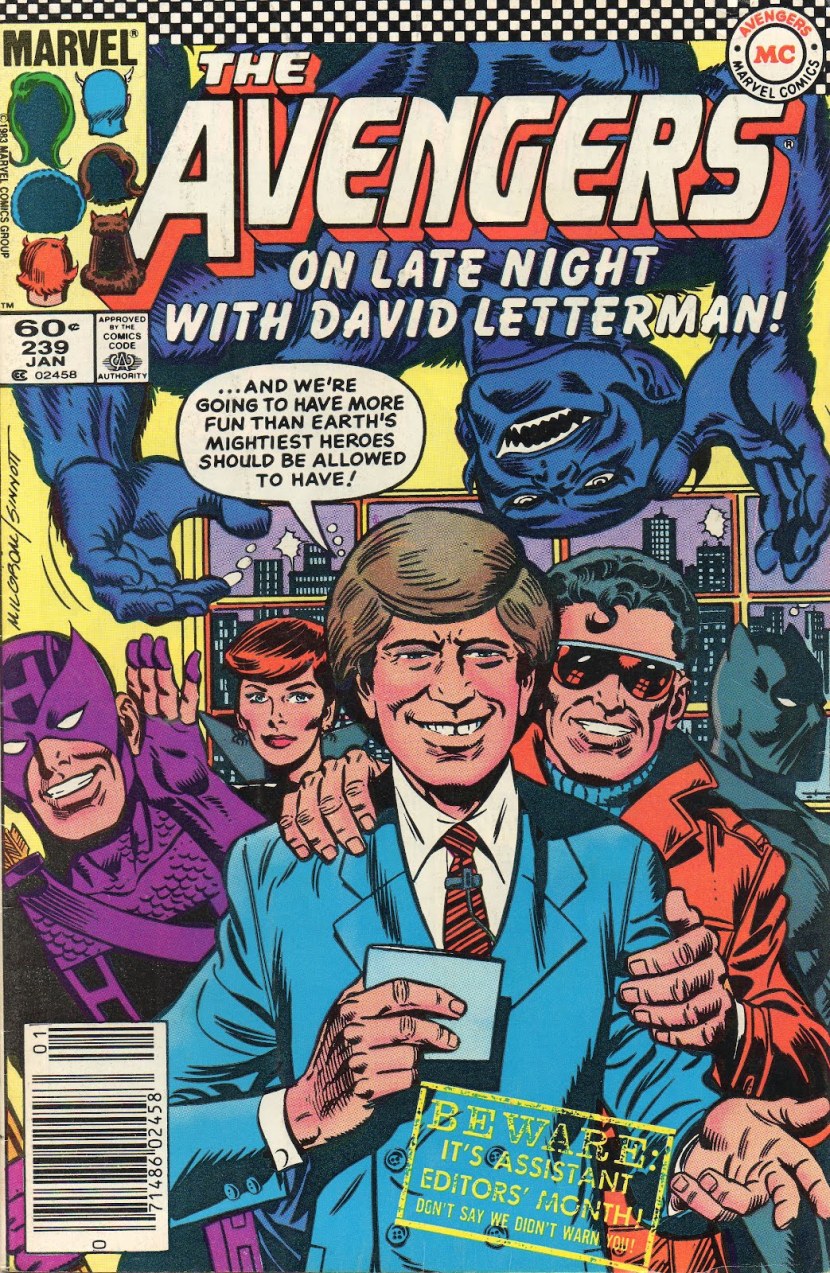 The Avengers who are unable to take down Fabian due to a force field he’s got surrounding him and Dave-so yes folks it’s up to Letterman to take matters into his own hands and steal the show! This issue sounds pretty ridiculous huh? 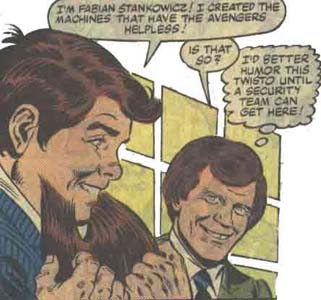 Well it was one of those “assistant editor” issues that came out in ’84 where you basically got a zany issue of the unpredictable! Damn those were the days back in the 80’s! Also Paul Shaffer is seen in the issue rockin’out-folks next time you’re back issue shopping grab up this little gem of an issue!