Well, well, well, finally the day has arrived! The first look at the upcoming mega event blockbuster sequel to 1987’s Predator in the way of Shane Black’s ‘The Predator’. Slated for release in September 2018, I’ve had my eyes peeled for any info on this one, written by Fred (Monster Squad/Night of the Creeps) Dekker & Shane Black & directed by Black who also starred in the original 1987 creature feature masterpiece. Black has been boasting that this sequel is going to reignite The Predator franchise in a big way, being an event style movie that ramps up the vibes akin to to the original! 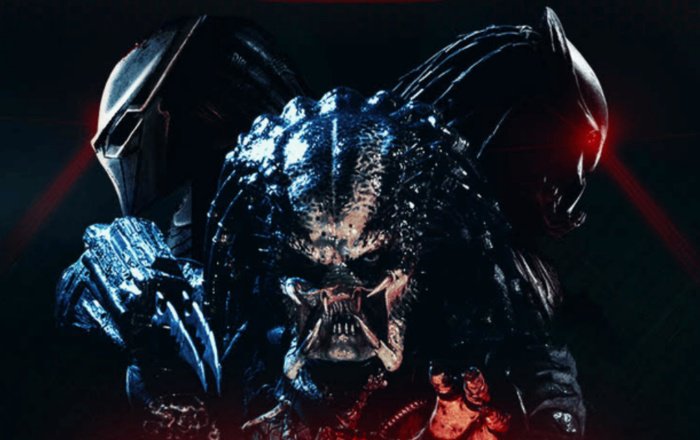 Well it’s been a long wait and we finally get a look at the movie via the first official trailer today. What we’ve known so far is that this one takes place mainly in the suburbs, features an autistic child who can communicate with the alien hunters, pits the Predator up against a team of “deadly” assassins & will feature Jake Busey as the son of Predator 2’s crazy cop played by his dad Gary. We also have been told sadly that Arnold Schwarzenegger won’t be reprising his role as Dutch. However still, many have speculated he may have indeed been included in the recent reshoots. From what we’ve been told they reshot the last third of the movie recently after early test screenings revealed lackluster responses from audiences. I hope that’s the case, as Arnold is like the Predator’s Luke Skywalker & this is likely the last chance we’ll have to include him as the iconic Dutch character, I mean let’s face it Arnie IS getting old and recently even had open heart surgery. Regardless, here it is finally, the trailer for the sequel Predator fanatics have all been patiently waiting for:

So…….what did you think? I guess I was hoping for so much more from this first trailer. I mean, it seemed ok for the most part, however nothing really got my blood a pumpin’. Let me remind everyone ‘AVP: Requiem’ took place largely in suburbia so it feels already a bit familiar already in maybe not the greatest way, as the AVP movies weren’t exactly cinematic gold. Perhaps we’ll all be surprised by the actual movie when it’s released, but in my opinion, at this point though I’d say the previous movie ‘Predators’ from 2010 had a much more interesting sounding premise and trailer. I’ve got a bad feeling about this installment as it doesn’t seem so far like it’s going to peak a helluva lot of interest from movie goers from this first trailer. At least if “Dutch” or even Danny Glover at this point was hinted at returning it might have garnered some interest from long time fans but as far as first trailers go this one feels a bit dead on arrival. I’m not sure ‘The Predator’ has got an intriguing enough story going for it to really fill seats in the theater. I hope I’m wrong, but god dammit if Hollywood is notorious for striking out when trying prey upon our nostalgia….