Yowza!! So it looks like we have some more good news on the Star Wars front for everyone who was disappointed with The Sequel Trilogy!! This new official poster just dropped today as promo art for the next season of The Mandalorian. It’s clear that Luke Skywalker and Grogu Will officially be back for swashbuckling adventure together. This brings more questions though who will be playing Luke Skywalker this time? It sure does look like Mr. Hamill himself! However I’m fully prepared prepared for Sebastian Stan to step into the role so bring it on!

Ok so by now everyone has probably seen the new ‘Star Wars Episode IX’ trailer, but I’ve yet to hear anyone talking about the possible return of one of the missing legacy characters from the original trilogy….WICKET and the Ewoks!! 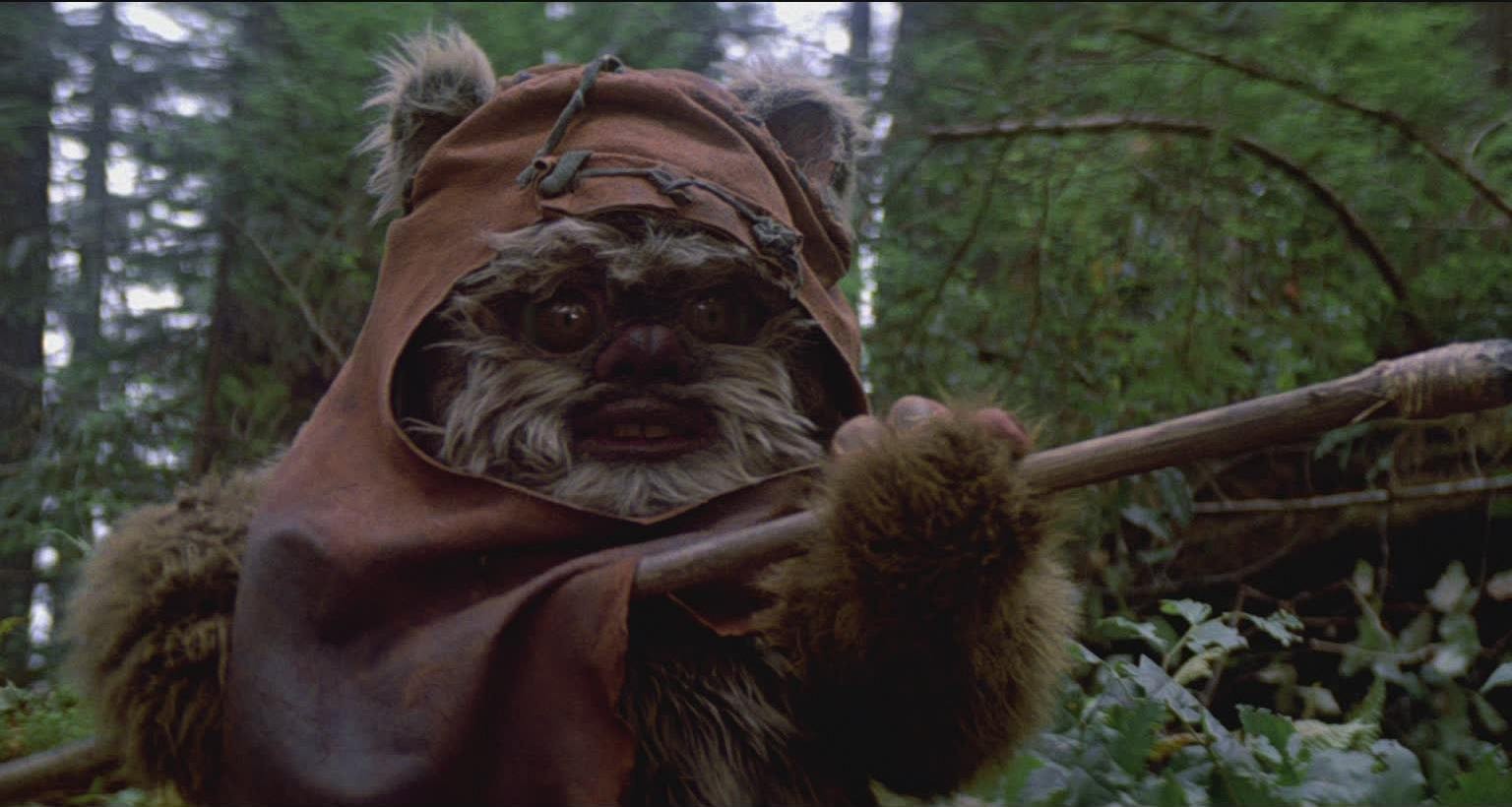 So in the trailer it’s highly theorized that Rey & Co are returning to the forest moon of Endor, where we’re shown the old decayed wreckage of the second Death Star had likely crashed down upon. As a HUGE fan of ‘Return of the Jedi’ and an unashamed fan of the damn Ewoks I’ll admit my mind immediately went to the possibility of their return when I saw the debut trailer for ‘The Rise of Skywalker’. Who in 2019 can’t admit that the Ewoks were actually kinda bad asses? Come on now folks, people have shown a new love for the prequels lately, so I assume by this point in time we can admit that the Ewoks weren’t that bad and just maybe that in reality they were actually pretty awesome! Some things age really well with time and Ewoks are definitely one of em’ in my opinion. I’ll go on record here to state that the two ‘Ewok Adventure’ movies 1985’s Caravan of Courage & 1984’s ‘The Battle for Endor’ are two movies that I personally enjoy more than the prequels AND this Disney Star Wars stuff.

Go ahead, re-watch those movies and tell me they aren’t a ton of cheezy fun, filled with awesome creatures and even a little bit of that classic vibe of the originals. Whether you like it or not Wicket is a bonafide legacy character, that if you think about it got more screen time within The Return of the Jedi and the two feature length ‘Ewok Adventure’ movies than most of our favorite OG classic trilogy characters. Let’s not forget too that BOTH of the Ewok movies were written by Star Wars creator George Lucas and if we can give a god damn Porg real screen time in these new Star Wars movies then we certainly should be able to see the return of at the very least, Warwick Davis as Wicket.

I’ve got my fingers crossed that if Rey & Co. are indeed on the moon of Endor they’ll be escorted through the dangers of the forest to the wreckage of the Death Star by the Ewoks. I’m at this point not yet overly excited by ‘Episode IX’ even after the first trailer. That being said, I do admit that my level of interest has certainly been raised and I’m pretty open to whatever’s gonna happen next as I’ve got no real expectations for this last installment. ‘The Last Jedi’ all but sunk my Star Wars ship and I’ve no real investment in what ultimately comes to be for the new characters. So for me seeing the Ewoks return would be at least a ton of fun (as long as they can resist the urge to kill off Wicket). I think this time around they could even improve upon their look and maybe even make them a bit more badass (have you seen them in the Star Wars Battlefront II: Ewok Hunt?).

No matter what you think about the furry little devils you’ve at least gotta admit they’re a big part of Star Wars history and unlike the Porgs they were real characters that helped defeat the Empire in an epic battle. If we’re not going to get any more real action from Luke or Han at this point why the hell not revisit our furry friends from the moon of Endor. They must still be out there and likely are gigantic legends in the lore that today inspires Rey, Finn & Poe. Like it or NOT!!

Is it just me or does it kinda seem like Jeph Loeb’s kinda making shit up as he goes on the current Wolverine storyline? After reading issue number 312 I am almost certain of it! I have a theory on how he wrote this stuff and I think it took him about a total of five minutes, which I will explain, so read on! 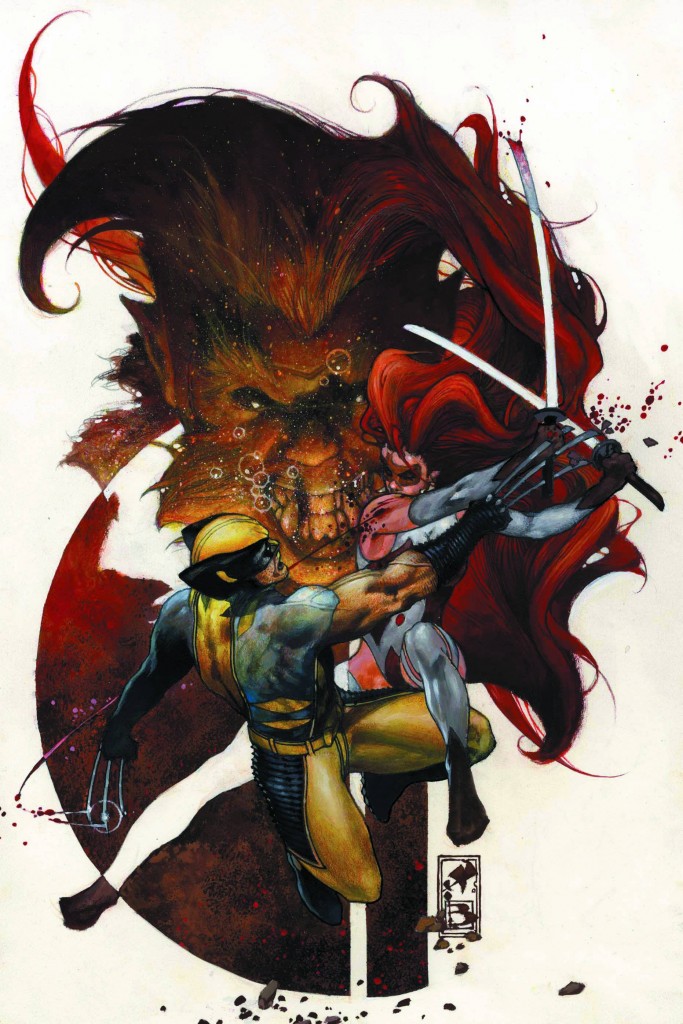 Now first let me quickly clarify that I kinda enjoyed his absurd “Death of Sabretooth” story arc that he had crafted years ago. I’ve gotta say it, I think Loeb is a hack storyteller. He’s somehow become extremely popular while single handedly changed Logan’s entire history by introducing Romulus, who’s supposed to be his “ultimate” nemesis. Somehow though I just can’t take Romulus seriously, every time he makes an appearance I kinda wanna just burst out into laughter! It’s odd too because I actually am kind of intrigued with the character primarily because of how stupid he is. 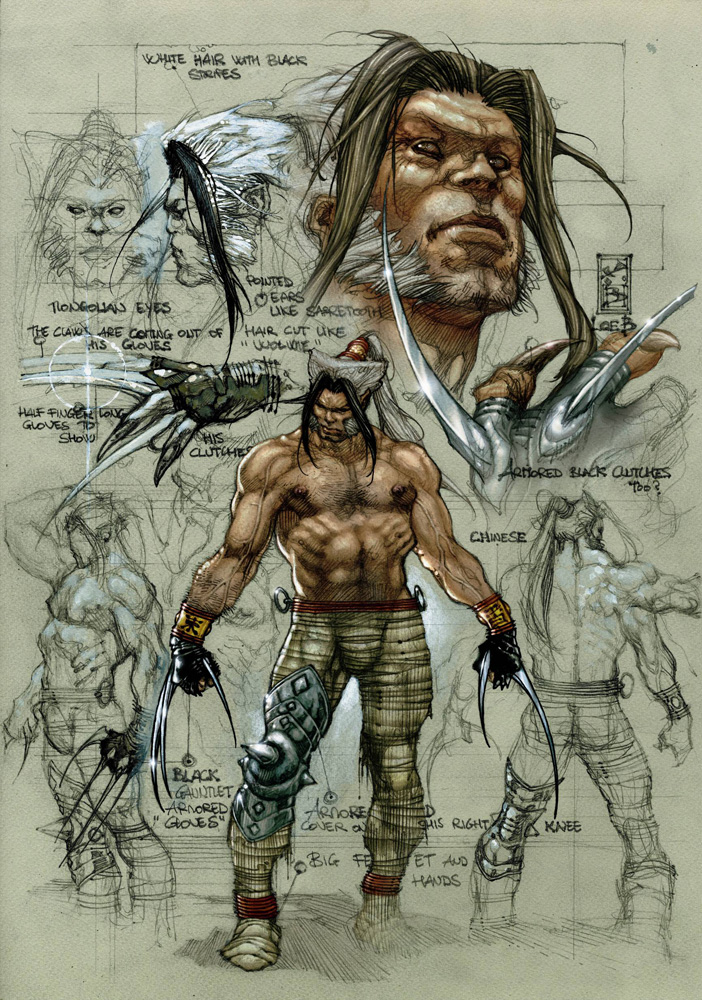 Now we have another red head in Wolvie’s life, Remus, Romulus’ twin sister. She happens to have a big crush on Logan and wants him to kill her brother. Uggh…this is truly Loeb working his “storytelling magic” again.

It been seeming to me that Loeb probably is making this shit up as he goes folks. He’s like “Let’s kill off Sabretooth! It will be super bad ass, we’ll have this bad ass sword that Wolvie needs to kill him, then we’ll have this guy Romulus who doesn’t have anything better to do with his time except orchestrate all the events of Wolverine’s life, I mean it too, he has been like secretly involved for like…ever! Yeah, yeah then we’ll have this feral mutant race, evolved from wolves, yeah, Wolverine, Sabretooth, Wild Child, Romulus hell even Sasquatch is gonna be like having this feral gene in his system, and then, then um…Wolverine kills Sabretooth!!It’s gonna be soooo epic! Oh shit Marvel wants Sabretooth now to not be dead? Shit, hmmm well let’s just say Wolverine actually killed a Sabretooth clone! Yeah that’s it…then we’ll backtrack and say Wolverine suspected that the Sabretooth he beheaded back then smelled like a fake! Then Wolverine will find out that Sabretooth is really alive and that there’s like a hundred Sabretooth clones! Shit yeah!

Yeah then Romulus comes back….and um…hmm…shit he’s got a twin sister!! Yeah!! She’s called..um Remus! She’s a red head too cuz Logan loves red heads! She’s like in love with Wolverine too! Then let’s make Romulus dress up like Wolverine from the Weapon X days and put himself in a glass chamber! Yeaaaah! Yeah and then um…now he’s got real claws, made from like new school adamantium, it’s like stronger than the previously strongest unbreakable metal, it’s like even MORE unbreakable! Yes!!! Then let’s say, um Wolverine was actually the mastermind behind the Weapon X program?! Yes!! Yes!! What’s next? Hmmm…I’ll figure that out next month a few minutes before the issue’s deadline!!” I am pretty sure that’s how this all goes down for Loeb.

Seems like he’s having fun putting an ridiculous spin on Wolverine’s previously rad back story…So you know what? I guess I’ll just roll with his laughable story lines an try to have some fun too. At least it’s humorous, something that Wolverines past should never be. What do you think?

So it seems that the news is out on Arnold returning to acting today! I say It’s about time! Enough with the politics already!! Let’s take a quick moment to think about what Ah-nold should do next! We have to figure he’s now 63 years old so his roles may not be quite what they used to be-although if he’s going to do a follow up to one of his action movies NOW is the time before he gets way way too damn old to do any of them. 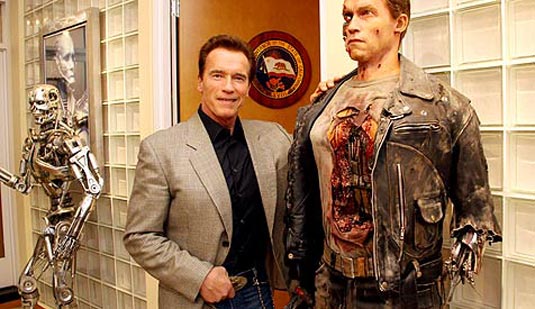 I say give him a few months to get into shape and put him in the next Expendables movie-he could be a villain or even face off against Stallone! That seems pretty likely actually. Although I could also see him turning up on the Predator hunting planet as an older Dutch and helping Adrien Brody kick some alien be-hind!

But my hopes really are that he will reprise the role of Conan in a movie he had been rumored for years to be possibly making: King Conan. He would be perfect in this role as the aged King set off on one last adventure. Personally that’s the role I am hoping for and I know people are already buzzing about it too. What I’m not hoping for is for him to now only take serious roles because he thinks he’s too old. Whatever the case I’m stoked to hear he’s back and cross my fingers for at least one more “Classic Arnold” role…..

Can you beleive it? Pee-Wee Herman is BACK! Talk about some serious nostalgia seeing Pee-Wee appear on the Jay Leno Show last night! He was a huge part of my childhood in fact in my room I have my Pee-Wee Herman doll (that speaks!) Chairy too (which is a Hand Puppet) and the super cool ventriloquist doll Billy Baloney (who appears in my “Get You Own Box” video gorging his face with Cheez-It Crackers) . Anyway it’s was a great surpise seeing him back on the scene with a  brand new stage show on the horizon. Check this out if you missed it!