Word on the street is that Nimoy who officially retired from acting just can’t resist his call of duty on the USS Enterprise! It seems we hear it right from the Vulcan’s mouth here in this CNN interview that they are indeed in talks! Obviously he was one of the BEST things about the reboot as his appearance in the movie solidified the new and old timeline as one and made all of the old movies and TOS still relevant. I say two Spock’s are easily better than one. 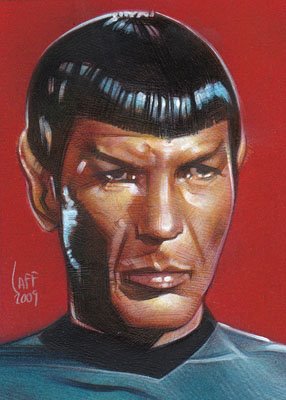 I wonder however how good ol’ Shatner feels about this? What do you all think is there room or want for Kirk prime to star in an upcoming Star Trek movie?

Wow did you hear? It seems that Leonard Nimoy has announced that he’s officially retiring from acting! I am so bummed since we’ve all been gearing up  to see him reprise his role in the next Star Trek Film again as Spock prime again. Well at least we got him one more time as Spock right? I mean really who ever saw that coming? Nimoy told the Toronto Sun “I’ve been doing this professionally for 60 years,” he says with a laugh. “I love the idea of going out on a positive note. I’ve had a great, great time.”

So not only is Nimoy done with Star Trek but acting in general as he’s apparently filmed his last appearance for the awesome Fringe television series. END_OF_DOCUMENT_TOKEN_TO_BE_REPLACED