I’m always totally down to see a killer new Sasquatch flick, the trouble is there’s been a LOT of pretty crappy ones made over the years with maybe just a few exceptions like Eduardo Sanchez’s ‘Exists’, ‘Abominable’ from 2006 and of course the classic ‘Harry and The Hendersons’. For some reason people have a tuff time bringing a believable Bigfoot to the big screen. Go figure. That leaves me believe people seem to think all they need is a tall dude to don an ape suit and they’ve got a worthy horror on their hands. The best ones though always put most of their money into their ‘Squatch creature fx and bring something truly believable to screen. Let’s face it, so many out there are faking Bigfoot videos on Youtube with rubber ape suits, believing what you’re seeing on screen is real is the first point of brilliance in a movie like this. Luckily “Primal Rage” is directed by fx wizard Patrick Magee (Jurassic Park 3/Progeny/AVP) and he put some serious effort into the crazed creature’s appearance in this movie. The best thing about this one is clearly the beast and that’s a damn good thing in this case.

Primal Rage’s actors aren’t trying to (or maybe even able to) win awards here and it’s got more in common at it’s core with a 70’s or 80’s killer creature flick than it does with something like Jurassic Park. The script is here might be a bit on the flimsy side but that makes way for tons of crazy Bigfoot action to go down. The premise is simple, an ex-con is just released from prison and picked up there by his girlfriend, as they drive through the mountains of Pacific Northwest (en route back home) they get side tracked when a mangled man stumbles into the road and is hit by their car. When they get out to investigate they almost immediately come under attack from large rocks being hurled at them, ex-con guy gets knocked off a cliff into a river and his lover jumps down to save him from drowning. This begins a fight for their lives in the woods are they’re pursued by “Oh-Mah” a pissed off native american mythical cryptid, AKA Sasquatch.

The interesting thing here is that “Oh-Mah” is actually an intelligent, brutal hunter who wears a bark mask and uses a bevy of handcrafted weapons to attack his prey. He also fucks shit up with his bare hands any chance he gets. He’s brutal as hell in this one, firing arrows and ripping people to shreds who’re dumb enough to hanging around in his stompin’ grounds. Bigfoot’s a calculated cold blooded killer here and there’s plenty of people for him to rip into, especially as there’s conveniently a gang of backwoods weirdos ala Deliverance who’re in desperate need of an ass-kickin shooting the shit in the vicinity. Bigfoot pulls no punches either, Magee pulls out some crazy ass sequences of practical gore a’plenty and his Bigfoot, “Oh-Mah” looks fantastic. He’s huge and it’s clear they put plenty of work into his animatronic face to make him a convincing and memorable movie monster. 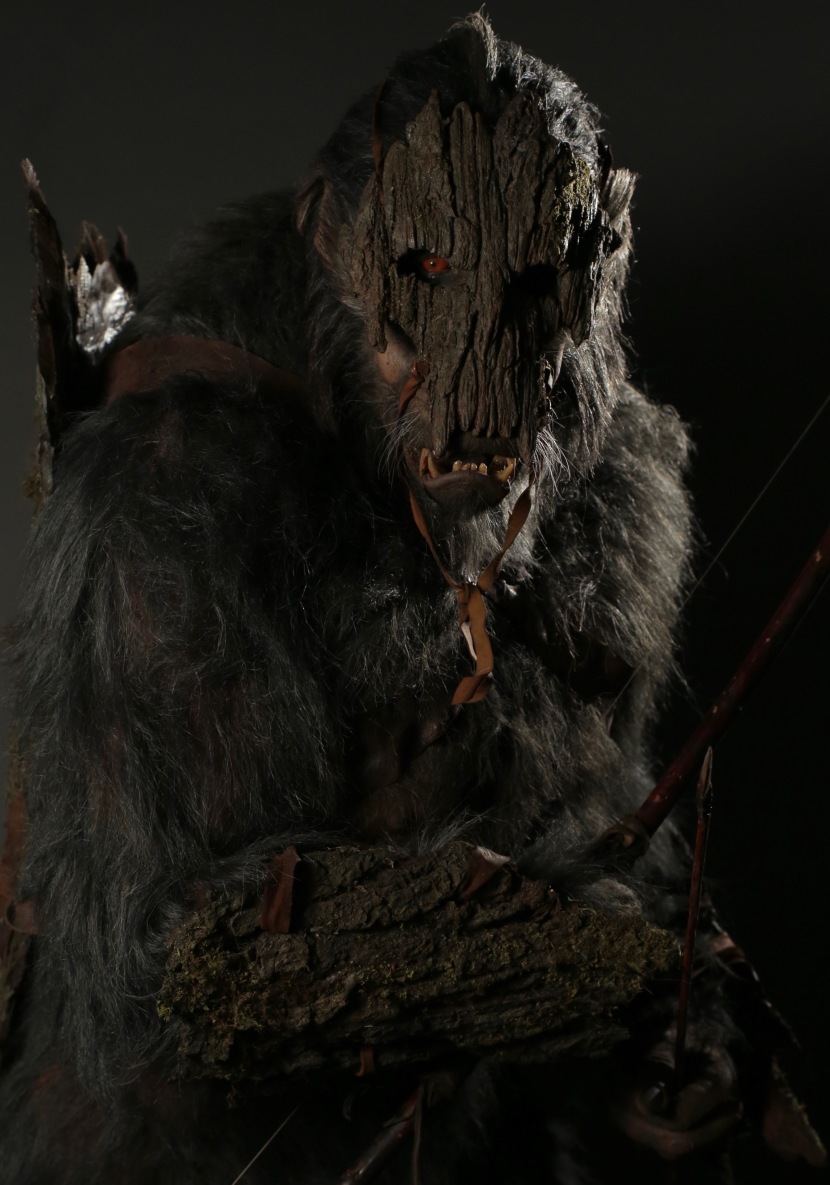 There’s also a sweet supernatural sub-plot going on with the local Native American sheriff who’s out for Oh-Mah’s hide (this dude should have been the main character) and a crazy wood witch who looks like she stepped right out of Ridley Scott’s “Legend”. Magee does a fine job here creating a ton of cool action sequences and an explosive ‘final boss’ battle. Bigfoot does have a questionable scene where he forces himself upon a female captive that I could have done without, but luckily it’s a brief, more implied scene. Otherwise this one’s a ton of gory fun that’s not to be taken too seriously. It’s a good mix of Predator, Pumpkinhead & Deliverance with some ‘Squatch making it it one of the best of it’s genre. A must see addition to Bigfoot’s horror legacy!

I am a total sucker for Sasquatch! I’m always on the hunt for a good Bigfoot movie and the truth is there just aren’t that many good ones. Some of the best include the classic comedy ‘Harry and The Hendersons’ (I still think this one’s got the best looking Bigfoot of them all), ‘Abominable’ from 2006 and more recently Eduardo Sanchez’s (The Blair Witch Project) ‘Exists’ from 2014. Aside from those there aren’t many out there that even deserve to be mentioned really. It’s strange how many movies have tried and failed to make a good Sasquatch flick. Well there’s a new kid on the block, effects master Patrick Magee’s “Primal Rage: The Legend of Oh-Mah” has got one of the strangest titles and also one of the coolest trailers out there for fans of Bigfoot horror!

This movie boasts to turn the Bigfoot mythology upside down bringing the genre a fresh frightening new take on the tall hairy one. So far this one’s been pretty low profile but judging from the trailer it looks like it’s got some serious potential to deliver the goods. It looks like a cross between Pumpkinhead and Predator and takes place in the beautiful forests of Pacific Northwest. My stompin’ grounds. Check out this trailer for this one, if you’re like me and enjoy hunting down Sasquatch in cinema then this just might be what we’ve been waiting for! No release date yet but I’ve heard this one’s slated to come out of hiding sometime in 2017! Like ‘Primal Rage’ on facebook!