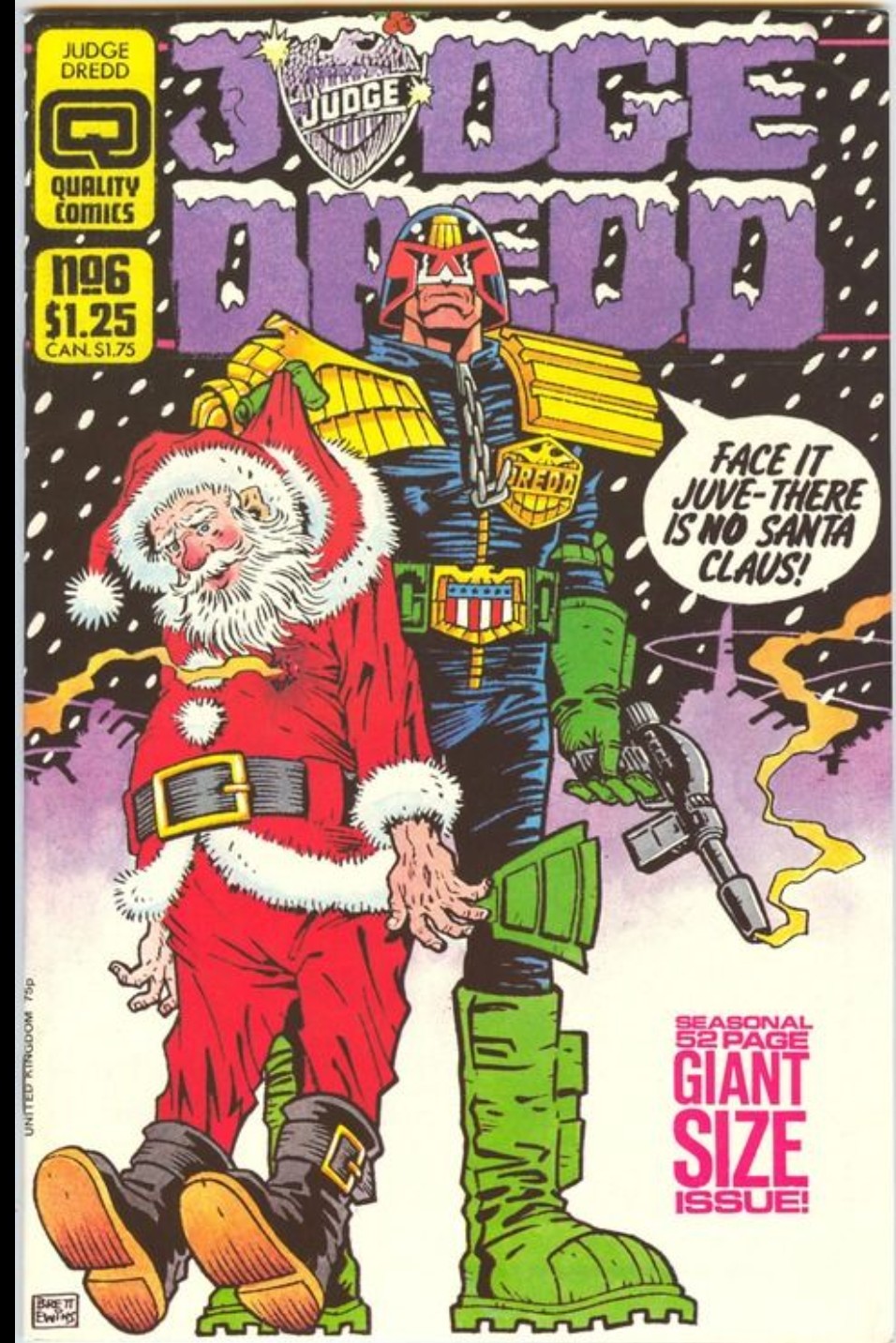 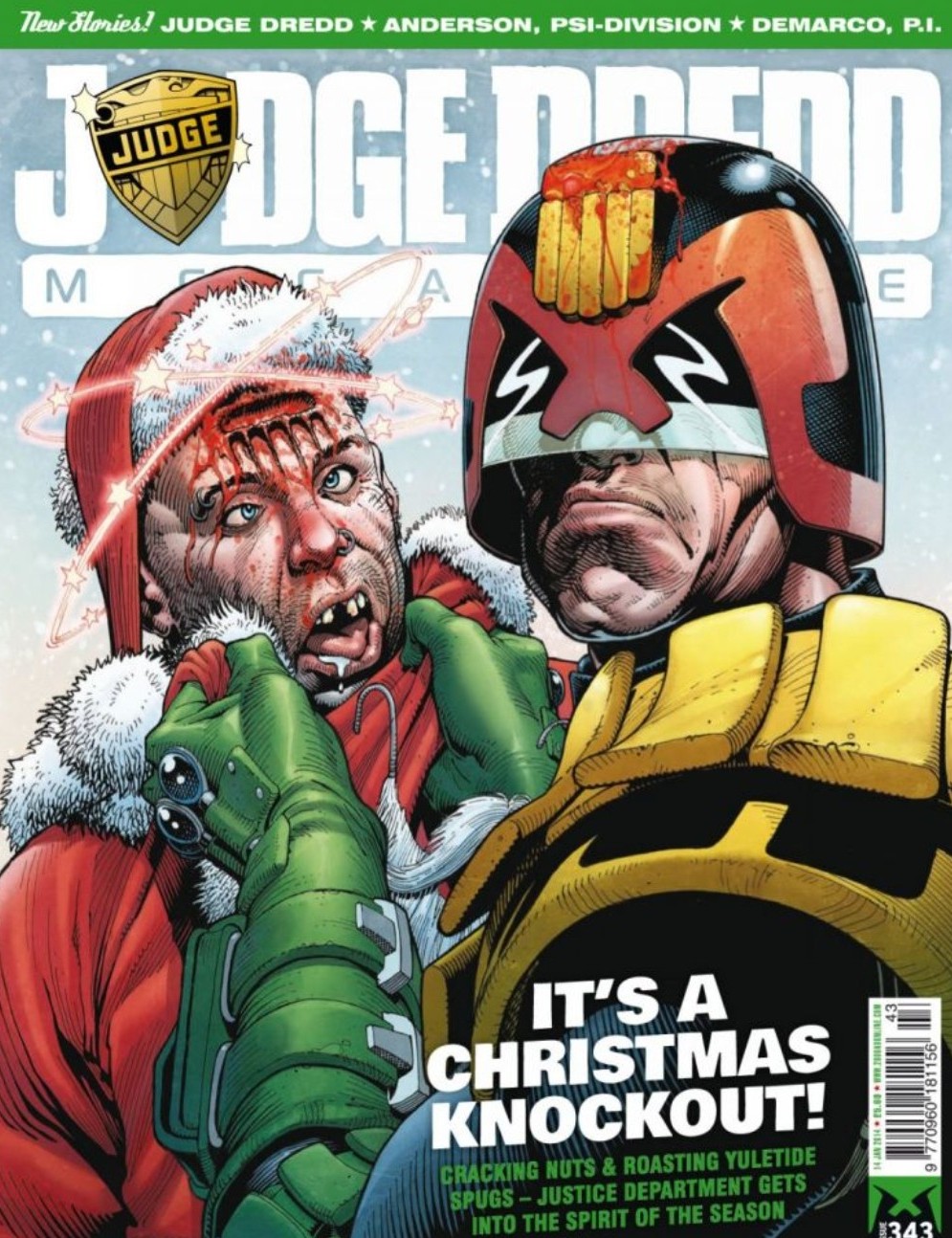 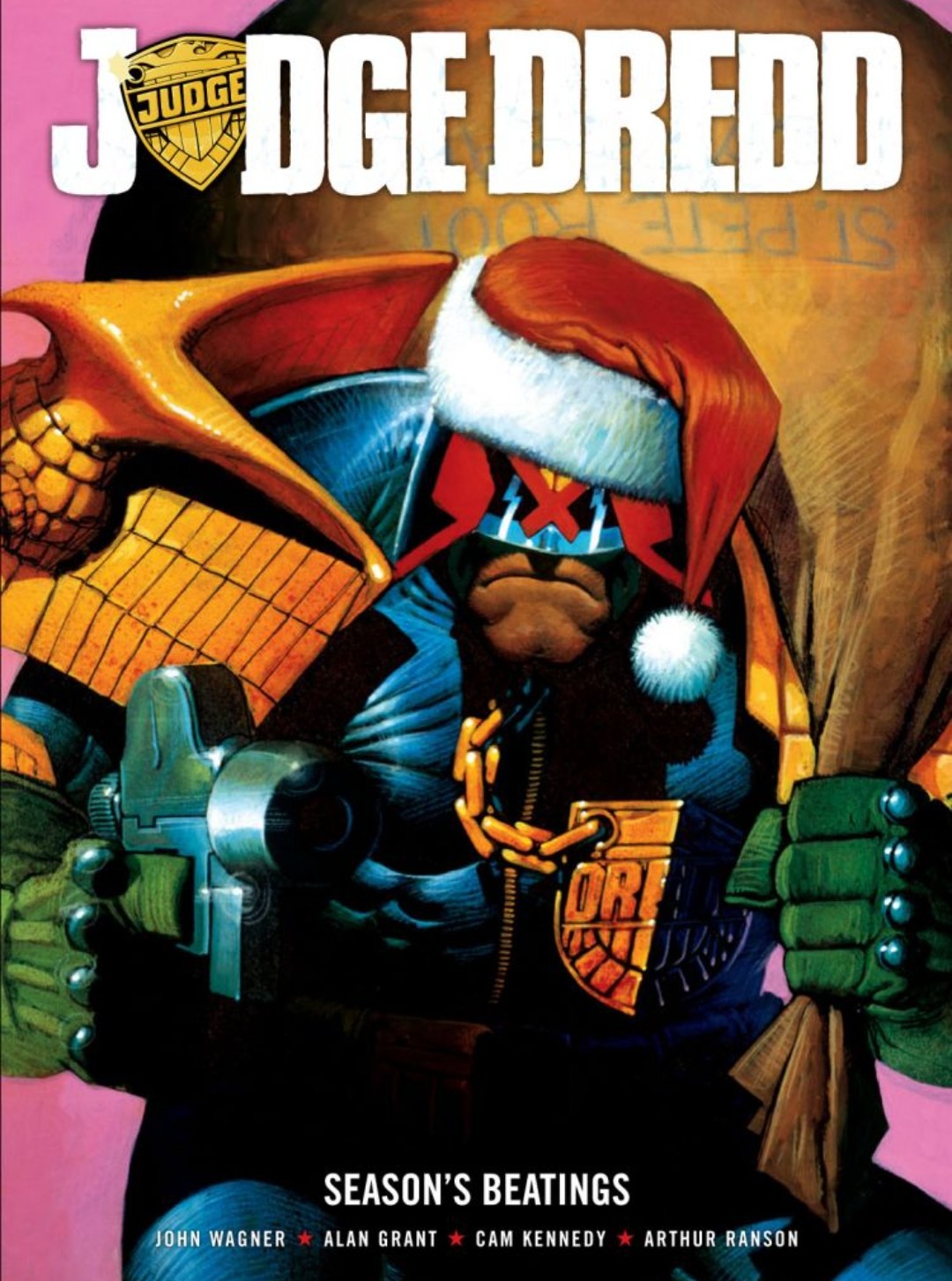 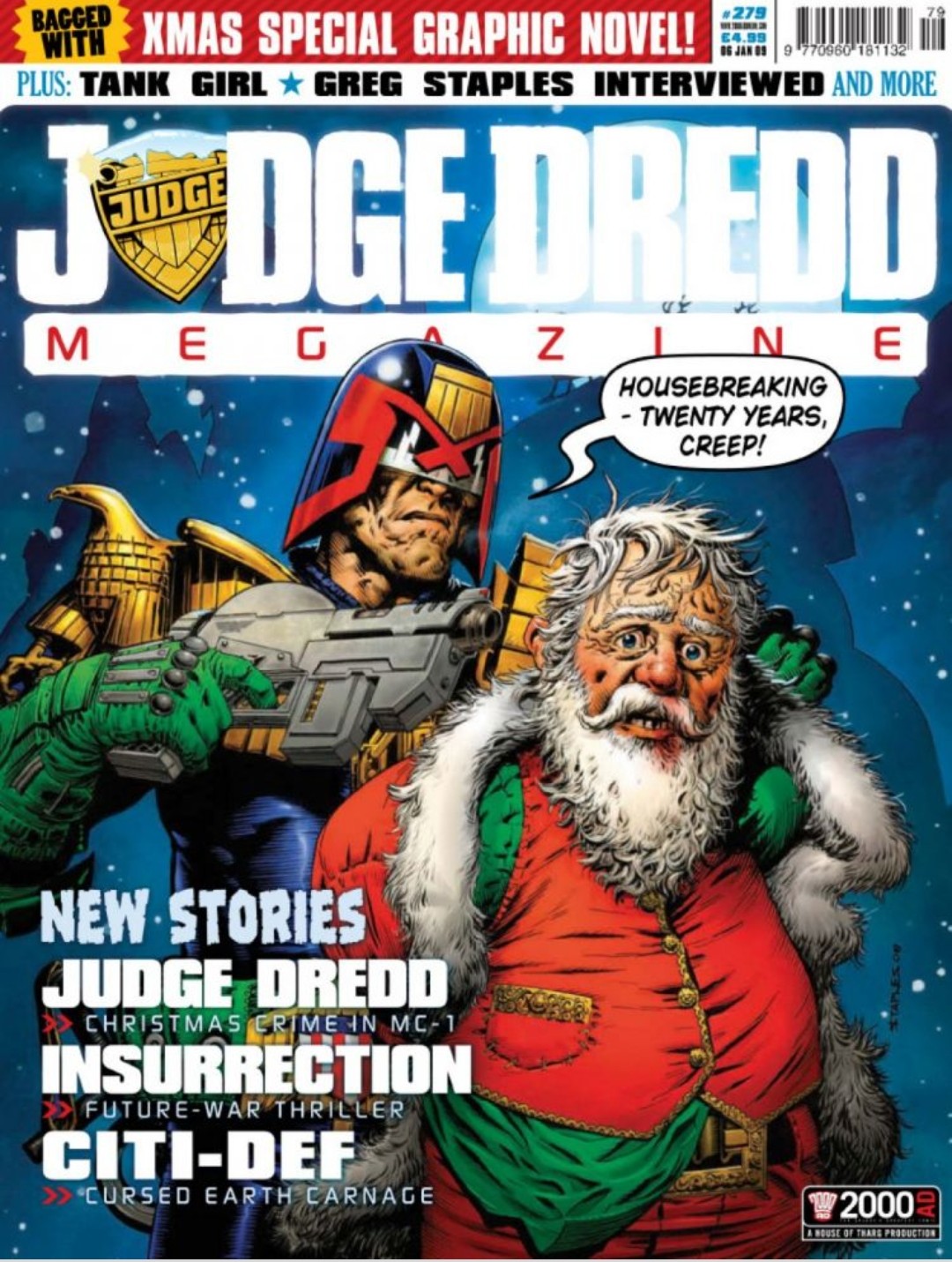 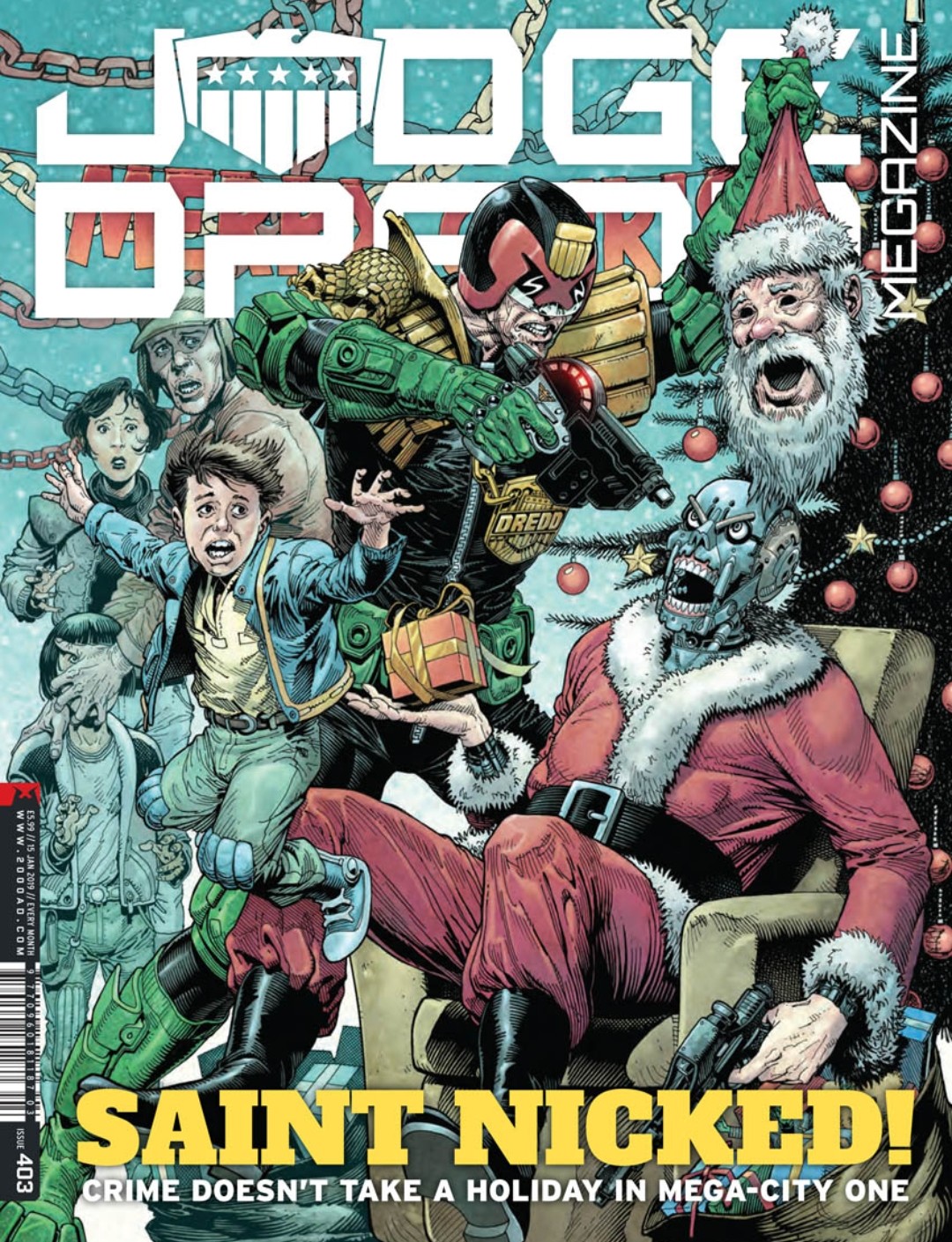 Anthrax’s 1987’s thrash metal epic ‘Among the Living’ was always one of my favorite albums of the genre! I used to listen to it all the time back then and it was the soundtrack to many skateboarding sessions I’d have with my friends. I even had the Among the Living t-shirt with Judge Dredd on it, who they had written a song about on the album. So now Anthrax & Z2 comics have developed a rad new way to explore the album with an original anthology graphic novel comic book! Come July 6th, each song on the album has been given it’s own unique story from an impressive creative team, with a new NOTMAN design by Greg Nicetero of Walking Dead fame! 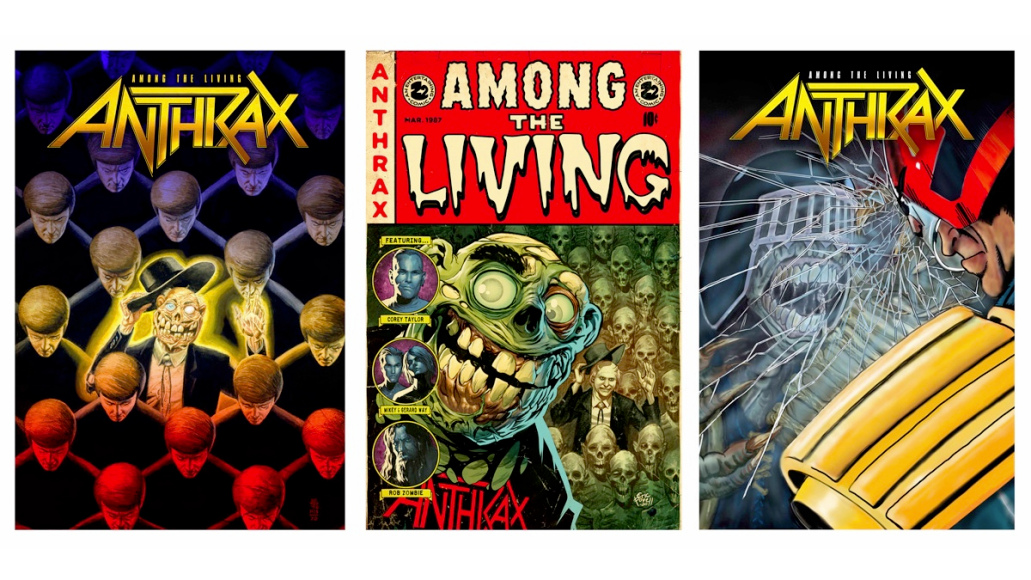 The album is infectiously catchy, with choruses that stick in your head for years and iconic metal riffs galore, It’s an album of anthems and most uniquely known for it’s songs bases heavily in pop culture of the time. So I’m stoked to take a journey with this when it comes out and give the album a spin while I jump into these new stories.

With big names like Brian Posehn, Corey Taylor & Rob Zombie involved it’s certain to be worth a walk down metal memory lane. The album which a fan favorite, definitely deserves a new audience and I’m ready to mosh like it’s 1987 one more time!

Back in the 1980’s there were some pretty awesome indie books out there. If you were looking for something different than what the “big two” had to offer there were some unique ones out there, one I was quite intrigued with was ‘Roachmill’! What? You say you never heard of Roachmill? Well this ultra oddball superhero came on the scene in 1986. He was a professional futuristic exterminator, a killer for hire and he was bad to the bone. 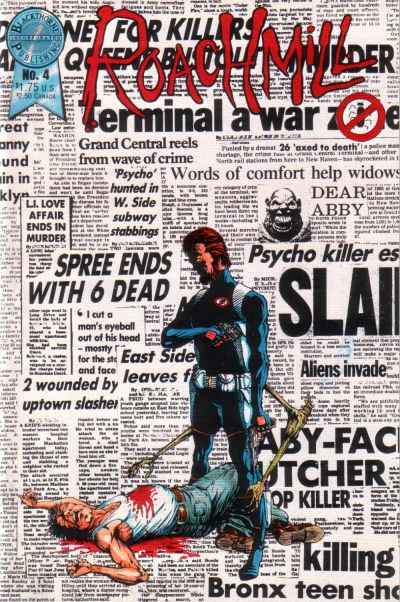 He also had two bizarre cockroach arms that extended from his body making it easier for him to kick the living tar outta people and shoot guns a’ plenty . The series was set in New York City during a time when there were hoards of aliens from other planets moving to Earth. Apparently this caused a lot of crime and chaos in the city and they needed badasses like Roachmill to keep humans and aliens alike in line. 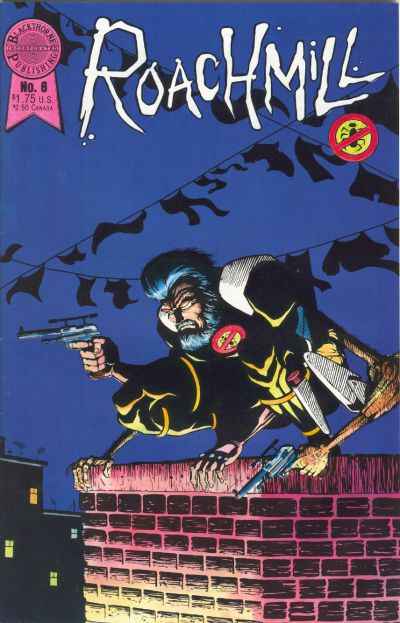 This rad indie series was written and drawn by Rich Hedden & Tom McWeeney and had a heroic dose of grit & comedy evenly bound within it’s pages. I’d really like to revisit it soon to see how it holds up in 2017  and being part of my comic book cover of the week posts Roachmill stuck with me all these years as having some totally excellent cover art. In the late 80’s it got picked up by Dark Horse Comics. I totally dig these weird offbeat 80’s series, hey who knows maybe Roachmill will make a return?! 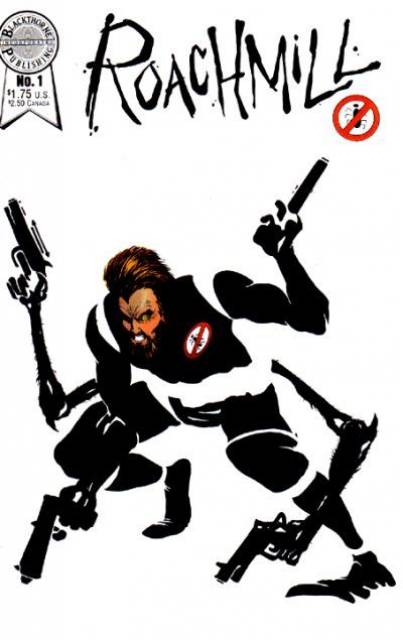 So with Twin Peaks set to be revived soon I can’t help but wonder if maybe this time around legendary metal band Anthrax will finally get the respect they deserve for being big fans of the show! Back in 1993 they released ‘The Sound of White Noise” which was honestly never an album I ever got 100 percent behind. I guess I was extremely partial to Joey Belladonna and this album marked his departure as lead vocalist.

Well Anthrax always had rad subject matter to their songs, lets face it they are metal nerd fanboys and many people don’t realize “Black Lodge” from this album was written about Twin Peaks.  Heck they even got the Twin Peaks score conductor Angelo Badalamenti to help them write the song. This album had a much more grunge sound to it as it seemed all bands around this era were changing their sound and trying to cash in on the whole grunge fad at the time.

But still let’s not ever forget that Anthrax delivered the best metal song about Judge Dredd called “I am the Law” and can you believe that two damn Dredd movies materialized and neither of them include this song in the soundtrack?! What a fucking crying shame!! Wake the fuck up Hollywood don’t take Anthrax for granted!! Here’s the video for Black Lodge in case you missed it back in 1993!

AND here’s “I am the Law” again, maybe they will put this in that rumored Dredd sequel!

Step aside Stallone! We are all getting a second chance at Judge Dredd finally on the big screen! Yes we have tried for years to erase the Stallone version of the legendary sci fi comic book with no luck. We can all agree that movie sucked the big one big time, but I can also honestly say Stallone looked the part perfectly! Too bad in his version he only wore the helmet for like five minutes in the whole damn film. One thing I can’t stand is when we get big actors who play super heroes and don’t wear the costume enough, like when at the end of most big Hollywood movie versions the mask rips off in battle. I can’t stand it! Uggh like seeing Tobey Maguires face wearing the Spider-man costume and losing the mask at the finale of every single installment! We want to forget that an actor is playing the character, so Hollywood keep the masks on our movie superheroes please! 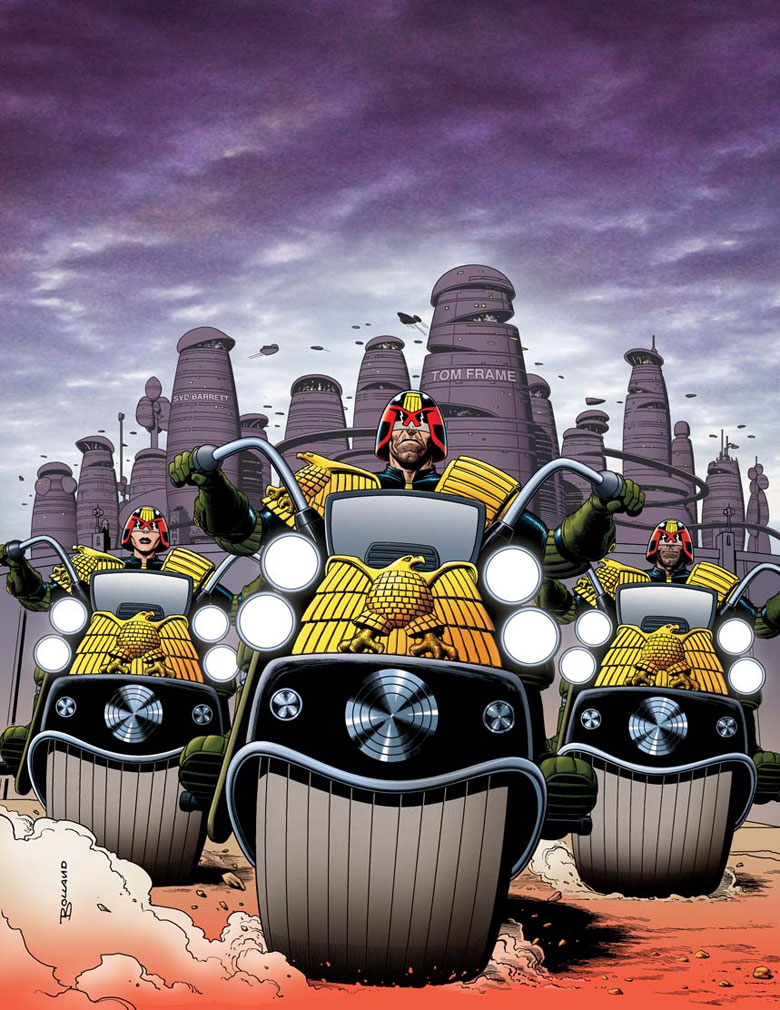 Sorry for the rant, I couldn’t help it I had to say it! Anyway…..I don’t claim to be the biggest Judge Dredd fan ever, but back when I was a kid I did read the comic book and most of all was inspired to read the series because of speed metal genius’ Anthrax! I even had the Anthrax tee with Dredd on it “I am the Law” was their song and it fucking ruled the damn school!

They even put out a rad t-shirt back in the day with Judge Death on it. Oh how I love old school speed metal! I also have to mention that one of my favorite artists ever, Brian “Killing Joke” Bolland helped make Dredd a must for me when I was in my teens. Dredd had a lot going for him in the eighties… 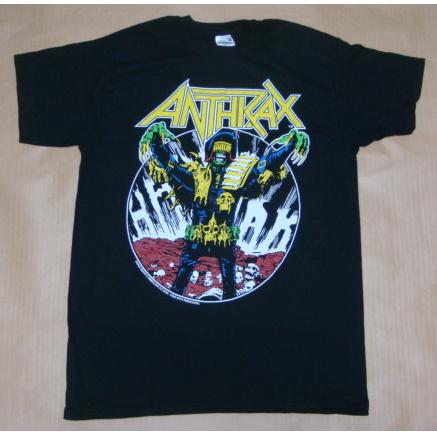 Here though we get a second cinematic shot at Judge Dredd with this brand new trailer-I have to admit it looks pretty legit so far to me and it seems so far that Dredd wears his damn helmet quite a bit!! This time we’ve got the new Bones from Star Trek Karl Urban as the ultimate enforcer and he looks great! The judge, jury and executioner faces a female drug king pin pushing a new reality altering drug, Slo-mo! So far so good! Now could we just get a little Judge Death in there too? I know, I know I am so damn picky….