John Byrne’s run on the Fantastic Four in the 80’s is arguably the best the title has ever seen. One of the biggest changes the legendary team encountered during his run was when The Thing left the team & She-Hulk replaced him. It was a risky move at the time, but Jennifer Walters rounded out the female ratio quite nicely with her brute strength, beauty and charming sense of humor. We all know that Byrne was a huge fan of She-Hulk and Fantastic Four #275 features the character in one of my favorite covers. She-Hulk, especially in the 80’s had to deal with a LOT of sleazy men gawking over her, this cover features a prime example of exactly that. I’m also looking at this cover and thinking this depiction of the character would be a great one to base look of the upcoming MCU tv series character on. There’s so much you could do with She-Hulk in a live action series and I’m hoping it adds the comedic elements of Byrne’s classic version of the character. I’ve always loved John Byrne and to this day his iconic 70’s and 80’s comic book art, in my opinion, is easily some of the best of the era. This cover is truly classic SHE-HULK!

So I recently checked out the Wonder Woman movie and to my surprise it was pretty damn good, for a modern day superhero movie. I only really say this because the first time we saw Gal Gadot in the role was in the wretched Batman V Superman. Uggh I tried to erase that horror story from my memory.. BUT It seems to me that DC finally did it right and impressively releasing the, waaaaaay long overdue first fully female fronted superhero movie. Let’s face it, this was a big win and now I’m sure Marvel is thinking even more seriously about the future of the female fronted superhero flick. Sure they have Captain Marvel in the wings for 2019 but I’ve read recently that another female director is hoping she can score a job behind making a She-Hulk movie. 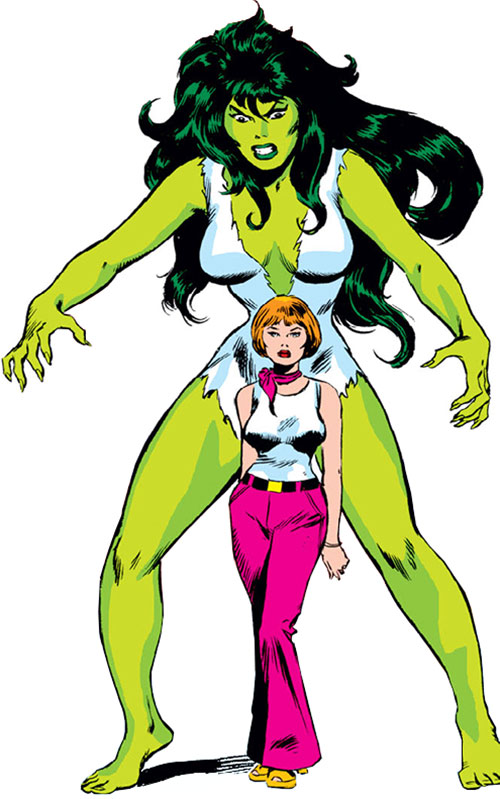 Yep Rachel Talalay who’s directed the likes of Tank Girl, Freddy’s Dead: The Final Nightmare, episodes of Supergirl, The Flash, Sherlock and most recently Doctor Who has expressed major interest in She-Hulk. She stated: “I have such a strong vision of what She-Hulk should be,” Talalay told Vice. “The difference between She-Hulk and Hulk is that she loved being She-Hulk. She was the Tank Girl of earlier days in terms of being able to say what she wanted, and when she became She-Hulk, it was like an opening of the door to freedom, to be the person that you wish you could be. That you’re stopped from being as a woman. And that’s the version of She-Hulk that I would love to embrace.” END_OF_DOCUMENT_TOKEN_TO_BE_REPLACED

Ok so I saw the latest Deadpool flick and though I was never a huge fan of the character (aside from him in the Remender X-Force books which I totally dug) in this case I’ll actually say I think Deadpool works better on the silver screen than in the funny books! Yep, I really quite enjoyed the Deadpool flick, heck I thought this was the first good movie Ryan Reynolds starred in as the lead. It was action packed, well written, never boring, surprisingly funny and was about as over the top as you can get.

It’s also responsible for getting us an upcoming R-rated Wolverine flick by golly, something I’ve hoped for forever. So yeah, nice work for once Hollywood! Anyway I keep reading all these articles about how Deadpool was the first major superhero to “break the fourth wall” in the comics, something many think is the key to his success as he and the audience are “in it together”. Well I got news for you! For those of you who may have forgotten the late 1980’s She-Hulk run from John Byrne you need to bust out the back issues asap! She-Hulk, you betcha was “doing the Deadpool” before he was even created!

Yep back in 1989 The Sensational She-Hulk came out and it was one of the best comic books ever. In fact Dead Pool comedy-wise in the comic books can’t hold a candle to Byrne’s She-Hulk.