Tales from the Crypt is easily hands down one of the greatest horror television shows of all time and what a great time of the year to revisit your favorite episodes! Well this year I put together a cool VHS horror anthology that’s all Halloween themed, in fact this is my sequel, as I made the 1st installment last year. To put this thing together I did a lot of research on Halloween themed horror short films from the eighties and nineties, Halloween themed horror TV episodes (no sitcoms) and of course installments of movie horror anthologies that all revolve around the Season of the Witch. 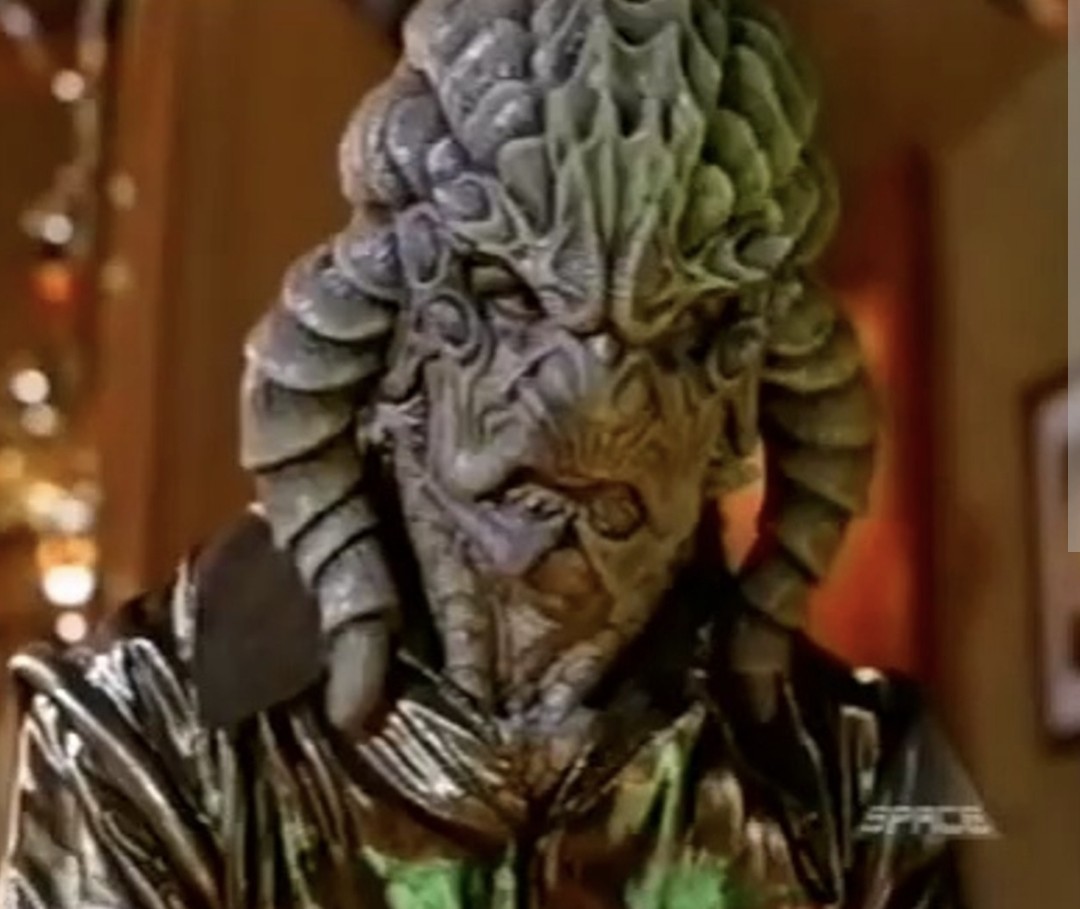 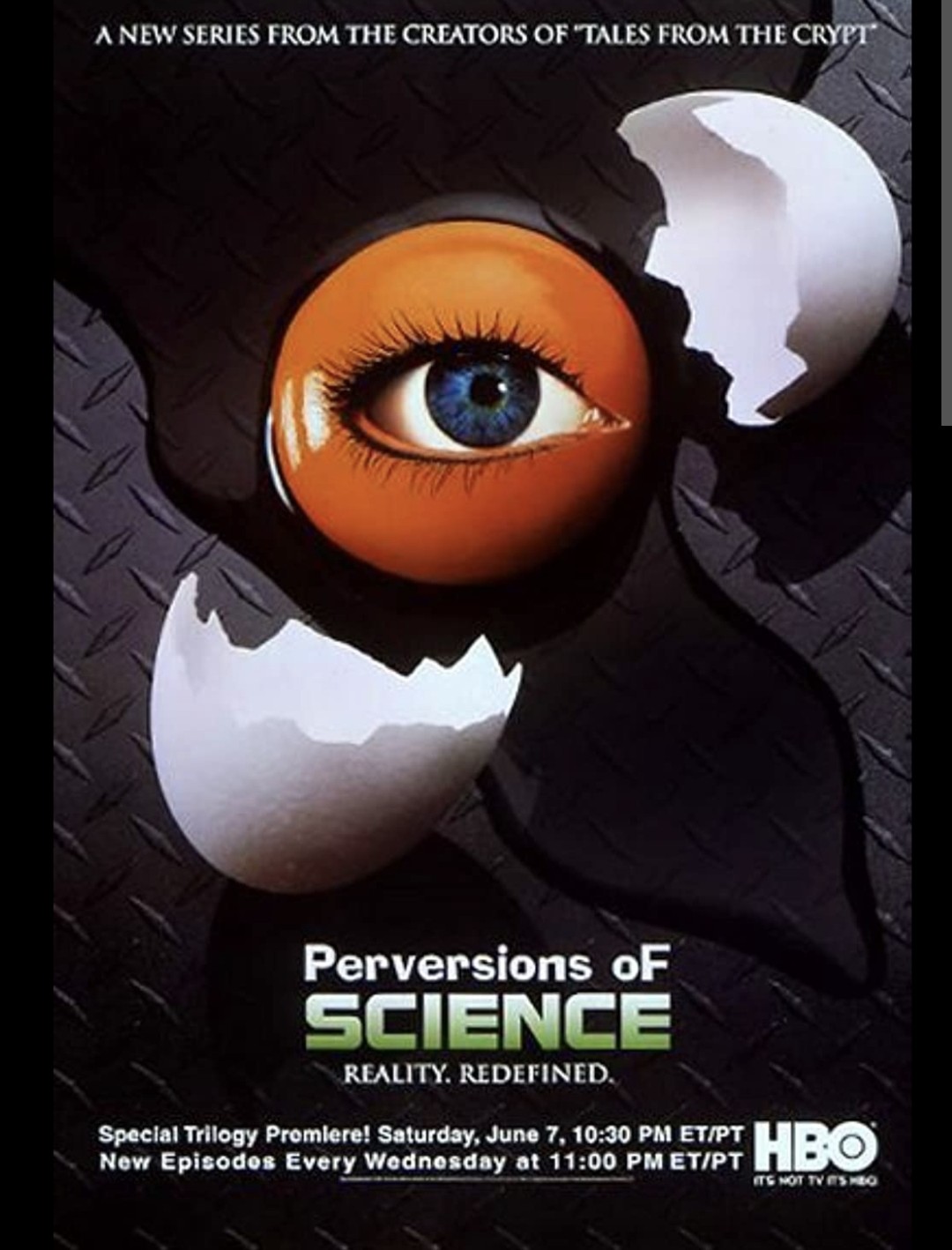 Well news to me, it’s the “sequel series” to Tales from the Crypt and involves the same creative team, with music by Danny Elfman. Instead of the Crypt Keeper this time we get a futuristic sexy sultry computer generated robot woman as our host. Where the hell has this been my entire life and why am I just finding it about it all right now?! 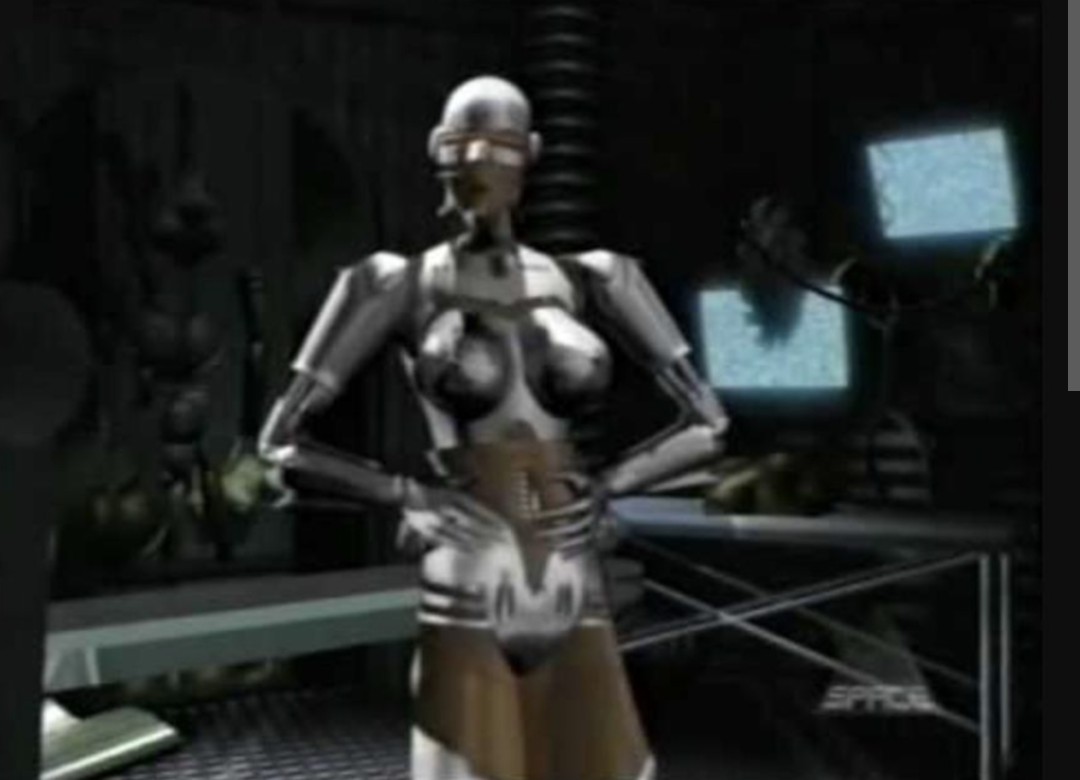 Well from what I understand it definitely wasn’t the most popular series of its time and only ran for ONE season. Though many of the episodes have strong horror elements, it’s primarily a science fiction based show. I don’t claim to be any expert on this as I’ve only seen one episode, but the one I did see was definitely good enough to make me hella curious on hunting down the rest. But since it’s so close to Halloween I might as well talk a little bit about the Halloween themed episode of that’s leading me down this Perversion rabbit hole. 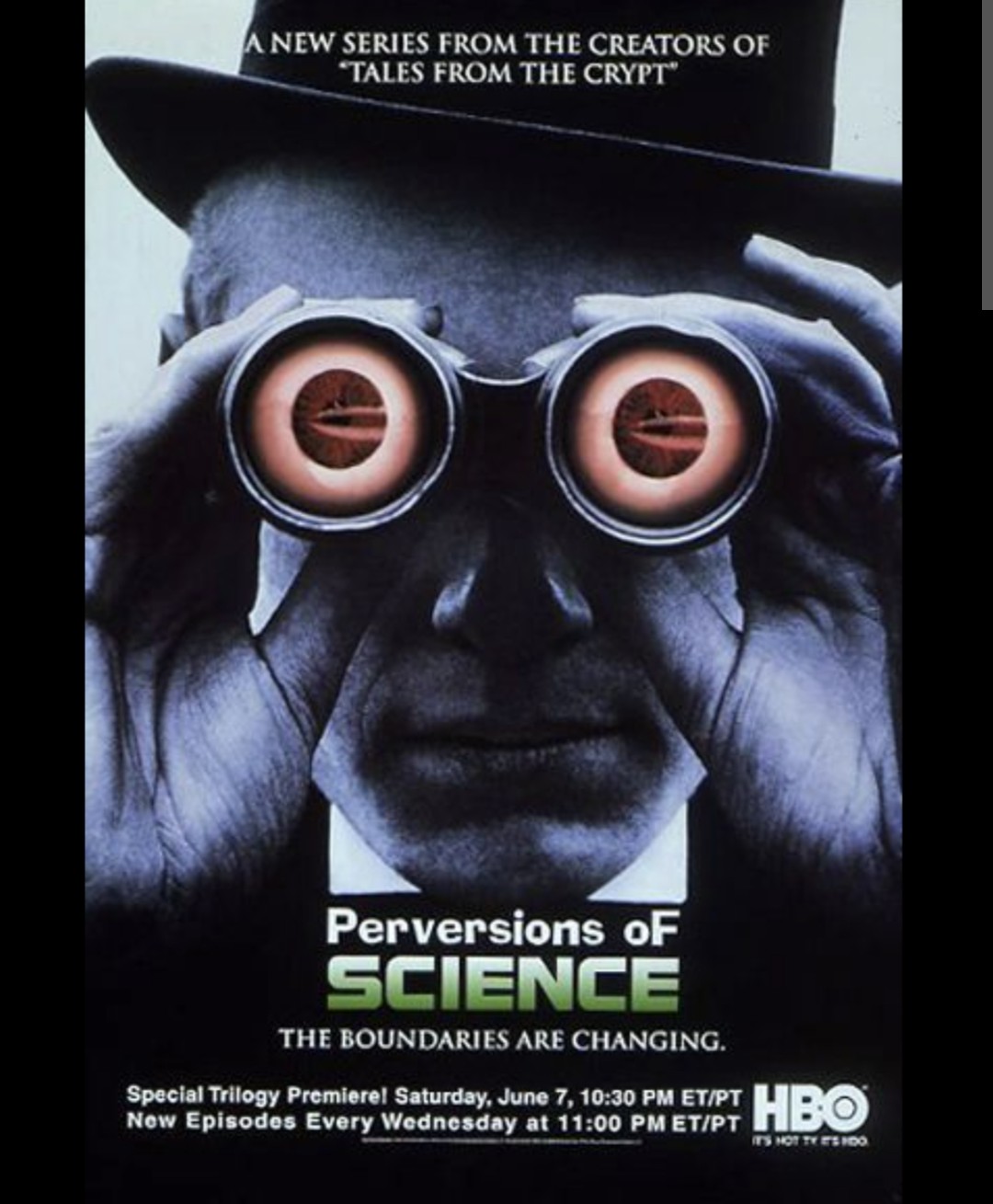 The episode ‘Panic’ takes place on Halloween night at a costume party, where two real life aliens from another planet are disguising themselves and eagerly awaiting orders from their leader to launch an attack on the human race. However unbeknownst to them a “war of the worlds” type radio broadcast is on the airwaves that evening and they mistake it as a real world news event. This leads the evil aliens played by Jason Lee & Jamie Kennedy (oh soooooo damn 90s!!!) into a bizarre series of earthly events on All Hallow’s Eve. 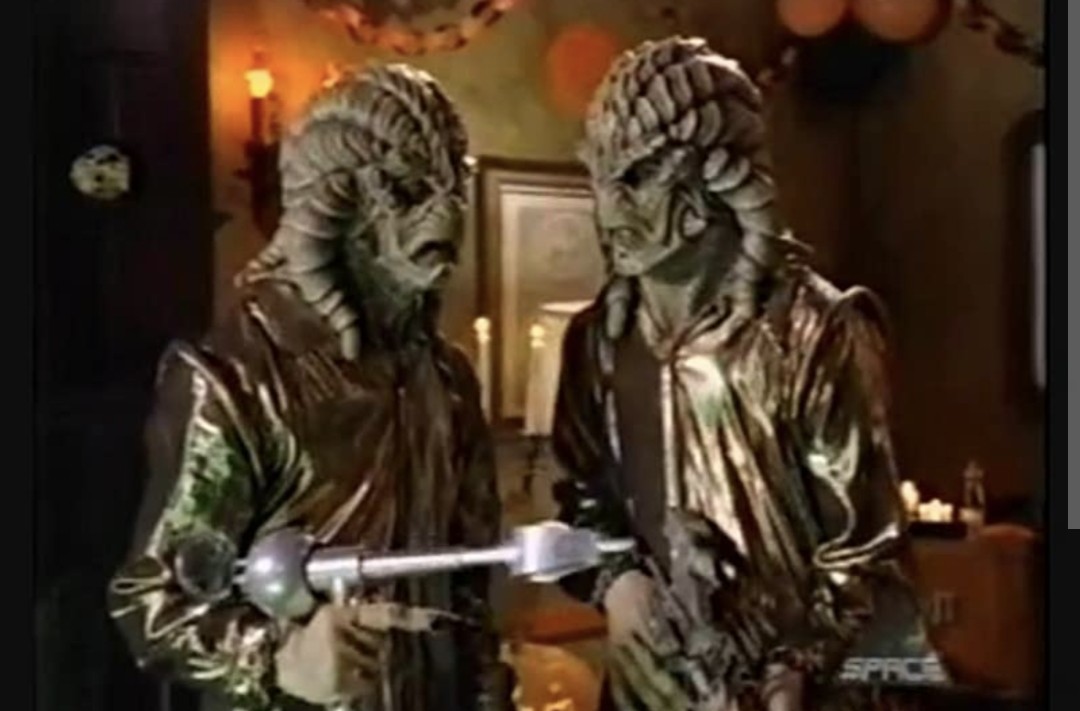 There’s some pretty cool practical effects here that definitely harken back to the good old days of Tales from the Crypt but of course there’s also some rather dodgy nineties cgi as well. That all being said I’d love to get my hands on a nice clean copy of the show as it looks like it’s got a lot of potential. 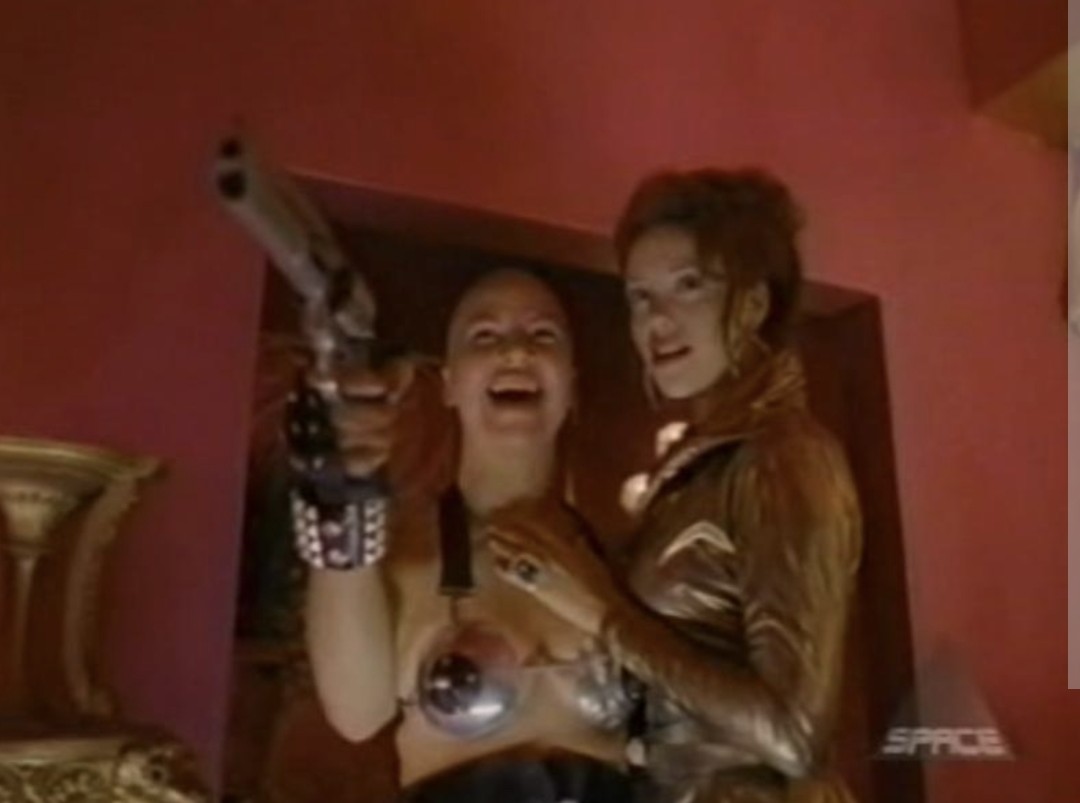 But there’s never been physical version of this thing ever released to my knowledge besides it’s original airing, no DVD’s VHS or blu rays out there that I’ve been able to track down and not streaming anywhere.

With directors like Tobe Hooper, William Shatner (?) and stars like Jeffrey Combs, Ron Perlman, Sean Astin, Will Wheaton this 10 episode series is on my ASAP must see list!!  Have you seen this forgotten television series? Let me know! Ps here are my VHS tapes I made: 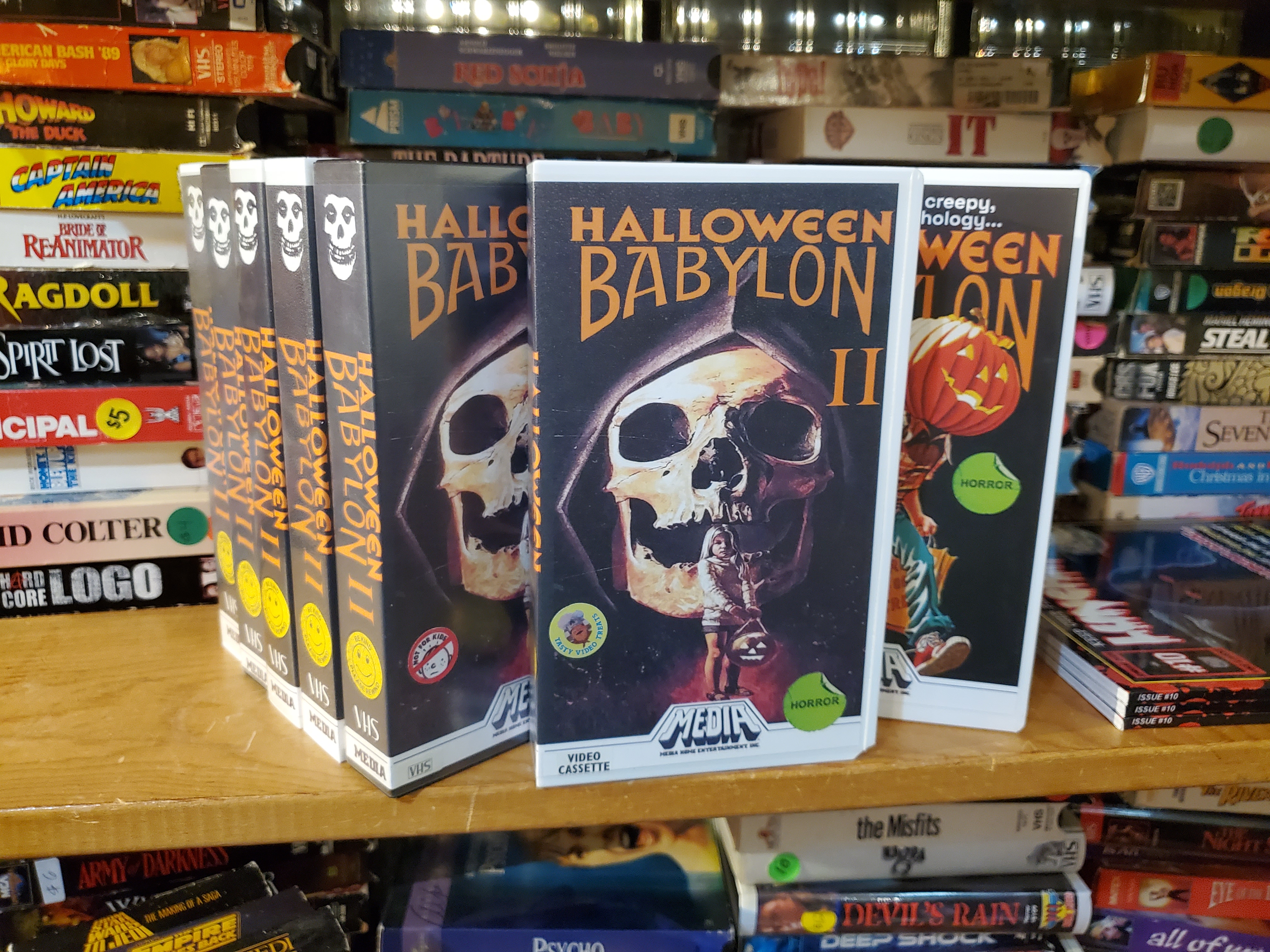