I just recently ran across a pretty promising looking VHS tape, at least from the cover, ‘High Desert Kill’ from 1989 has all the right ingredients for one hell of a horror flick!

Marc Singer, The Beastmaster himself, rounds out the cast in this intriguing tale of terror in the deserts of New Mexico. However don’t be too dead set on blood-and-guts in this tale of survival. There’s really not a lick of gore to be found anywhere on screen for it’s entire run time. 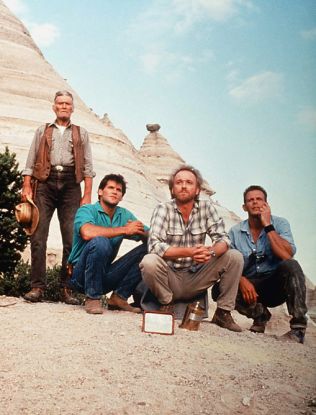 It actually plays out like a bit of an extended episode of the X-Files (minus the Mulder and Scully type aspect) and I mean that as a compliment. I guess this was indeed a made for cable TV movie, don’t let that deter you though, cuz there’s a lot of forgotten gems in that category. We’ve got a great setting with 3 manly dudes who head out on a camping/hunting excursion deep in the desert in honor of their long lost deceased friend. There’s plenty of testosterone here going around as these sweaty often shirtless guys begin to almost immediately encounter some eerie occurrences upon arriving the first evening as well as some hot “hippie” babes (At least that’s what they seem to think they are for some reason) to liven up the party.

But things quickly go South as they start experiencing hallucinations and begin to believe they are being stalked by some unseen malevolent force. The desert of New Mexico is the perfect place for this creepy tale to unfold, it’s filled with plenty of mystery and the stunning beauty showcasing its natural surroundings..

To be honest the setting here is really the star of the show, there’s not a hell of a lot of spectacle to behold otherwise visually. No real flashy special effects or balls to the wall action sequences. However what it seems to lack in spectacle it makes up for with atmosphere, cleverly mixing a sense of dread and mystery at play with these old friends as the plot begins to slowly unfold and reveal it’s ugly details. The cover of the movie however does reveal perhaps a little more than it should with an alien spacecraft high in the sky, but don’t expect too much of that either and don’t expect too many skeletons to be rearing their ugly heads.

Despite those minor quibbles there’s plenty to love here and the cast of characters makes this weirdo trip one worth taking.  It also features a pretty interesting backstory, shrouded and Native American mythology. If you’re in the mood for a simple slowburn with a pretty satisfying twist to it ‘High Desert Kill’ will be more than sufficient watch for any fanatic of erie eighties sci fi. I also see that currently Kino Lorber has a preorder for this one on blu ray– check it out!

I recently picked up an obscure 80’s flick called ‘Wild Thing’ (aka Asphalt Kid) on VHS and to my surprise it was quite an enjoyable little oddball ‘superhero’ flick. Yeah, ‘Wild Thing’ is the alias of the homeless hippie hero who’s parents were killed by a crooked cop in 1969 when he was just a toddler. His parents were full on flower children too, as the opening scene shows them looking like members of the Grateful Dead driving around in an old VW van around the big city. Instead of living with his aunt and uncle after this tragic event the lil’ dude is chased down by the cops and leaps into a nearby river. He finds shelter with a homeless lady who takes him in as her own. Over the years he learns the ways of the streets, hunts pigeons with a tennis racquet for food, mimics a martial arts master who practices in the park, learns to speak from radio disc jockeys and figures out ways to communicate with alley cats. Yep Wild Thing is a bit of a “Jack of ALL trades”. 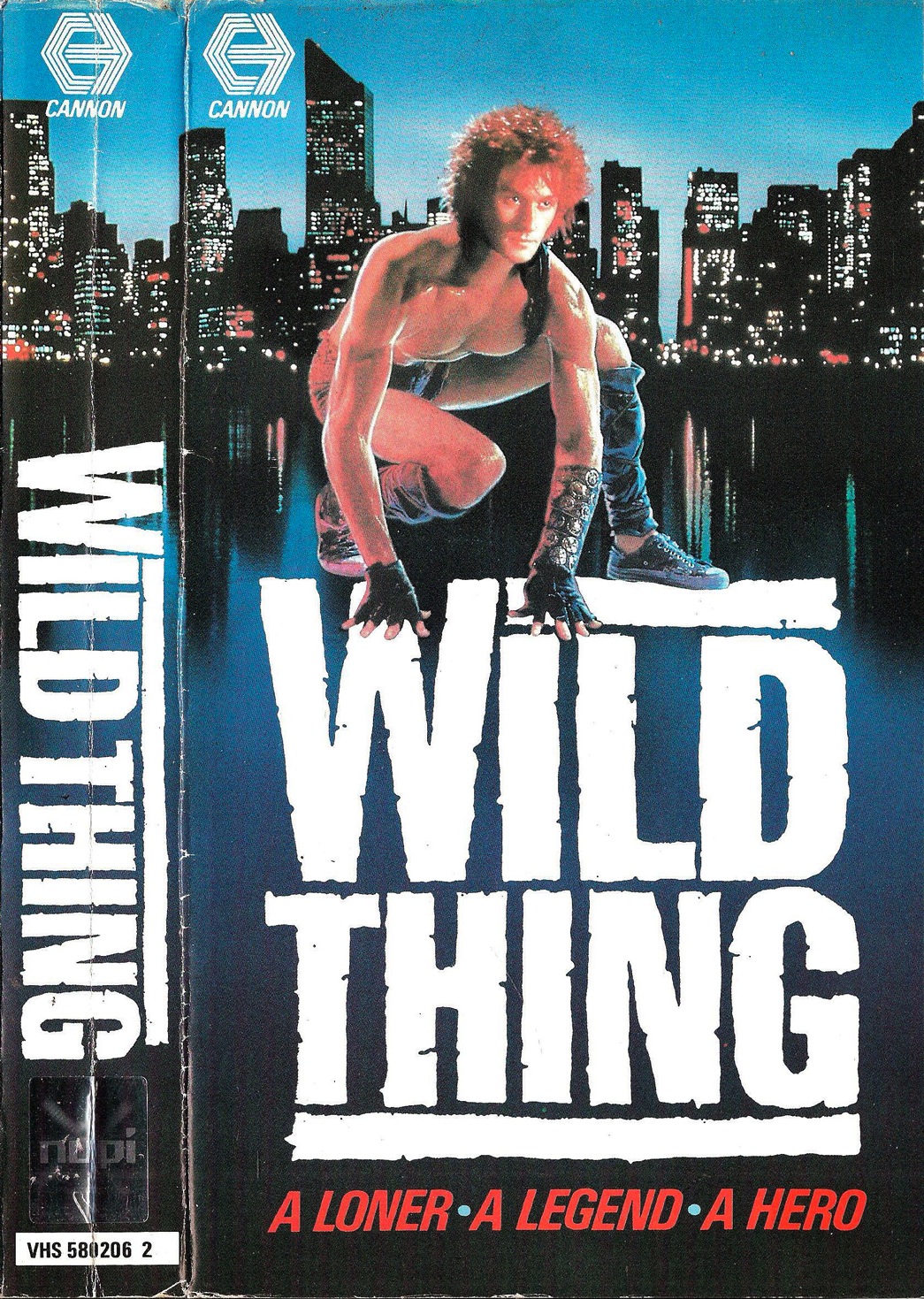 Wild Thing grows up a bit and by the late 80’s he’s become somewhat of a local legend and protector of the streets, rumored to have superhuman abilities. He’s a full on hippie vigilante who roams the rooftops looking for trouble. This one’s got quite a plot. Things get interesting when a woman from Wisconsin named Jane (Kathleen Quinlan) moves into the area to work at a priest’s half way home. Sure enough she arrives for the job late at night and is attacked by some crazy local hoodlums, well guess who arrives to save her? END_OF_DOCUMENT_TOKEN_TO_BE_REPLACED