So this is a website dedicated Dorks, Nerds & Geeks so naturally it’s the perfect place to hype up the upcoming Descendents / ALL documentary, “Filmage”. To those of you who may live deep in a deep dark dungeon, The Descendents are hands down the BEST pop punk band of all time. Pop punk you ask? No folks I am not talking about Blink 182, Good Charolotte, Sum 41 or Yellowcard I am talking the good stuff because The Descendents started it all as the godfathers of the genre. They started way back in 1978, their lead singer Milo is a punk rock icon and a huge nerd. 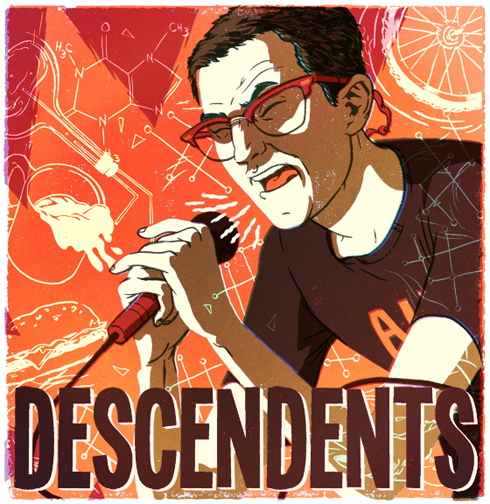 Well finally these guys are getting the respect they have long since deserved as they reunited a couple years ago and started headlining festivals and one off shows all over the globe. That’s when Filmage began filming and soon we’ll finally be able to get the real story on the band and their struggles. We’re getting some great new punk rock films as I believe a Bad Brains documentary is in the works as well and the recent SNFU film about Chi Pig and Color Me Obsessed about The Replacements. 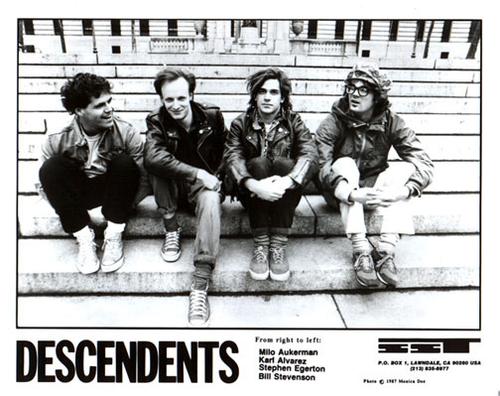 Now this might also bring fans to wonder if the Dents are planning on recording a new record? I am going to have to say yes to that question, I have already been given confirmation by two inside sources that Milo has indeed been hanging around The Blasting Room recording demos! Don’t believe me? Well wait and see. The question now though is what are they planning? There is a full album of material that was recorded by the original line up before original guitarist Frank Navetta passed away in 2008. This material was an album that was never released and preceded their classic “Milo Goes to College” album regarded by many as one of the best punk rock albums of all time. All it lacked was Milo’s vocals. However we may be lucky and get two albums perhaps an album of all new material as well. For the meantime I will be watching closely for a theatrical release of Filmage! Check out the newest trailer!