So I haven’t weighed in on the new Star Wars “The Force Awakens” Teaser yet! I’ve gotta say when I first saw it I wasn’t particularly impressed. It didn’t look terrible and it honestly didn’t really give us a helluva lot to reeeeally get super pumped about. At first I thought it may have been too CG heavy, but perhaps what we are seeing isn’t actually all CG? Perhaps it’s utilizing the models and practical effects that it promised and it just looks damn good?! So my conclusion, thus far it seems like it’s on the right track and we won’t really be able to tell how good this could really be until the proper trailer drops. I just hope that droid rolling like ball isn’t a “Jar 2D2” type character!

But then today I saw the “Lucas Special Edition” version of the trailer, obviously a joke, but a damn funny one it is! The truth behind it is  that the “Lucas” version really might have probably looked something like that if he had his hands on it for real! Seeing this actually make me appreciate the real teaser much more, because it reminds me to quit bitchin’ because if Lucas was directing it could be a heck of a LOT worse potentially! Check this shit out, it’s pretty amazing-I’ll be watching this Lucas version of the teaser more than the real thing!!

Also this totally blows my mind, that Lucas did have this shit planned since back in 1983 as you can see in this old interview clip from Hamill! Color me totally impressed George!!

Finally!  We drop the new video by nerdcore dancehall superheroes Mister Saturday & Ensly Mogul! This one takes the duo on board the USS Enterprise where they sing the intergalactic anthem “The Enemy Within”! 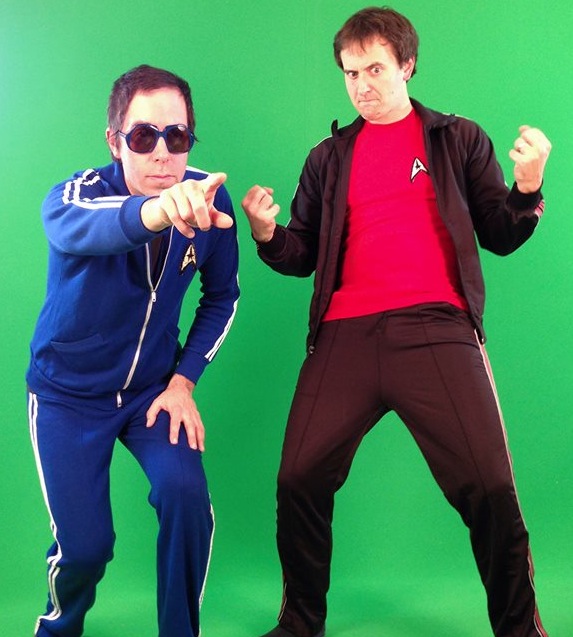 Check it as they literally beam aboard to observe the mayhem that ensues on this classic adventure! Evil Captain Kirk just can’t seem to get enough of that damn brandy!! Download the song for free right HERE!

It’s always interesting to see an unlikely guest star in one of your favorite tv shows pop up out of the blue and blow your mind! Which brings me to today’s unlikely Star Trek guest star, none other than punk rock legend Iggy Pop! Yep that’s god damn right Iggy Pop appeared for some odd reason on a Star Trek: Deep Space Nine as the Alien negotiator Yelgrun in the episode “The Magnificent Ferengi”.

So what was this all about? Here’s what Star Trek wiki had to say: “The DS9 writers had actually wanted Pop to play the role of Grady in the third season episode “Past Tense, Part II“, but he was unavailable due to a music tour he was undertaking in Spain. Ira Steven Behr is an Iggy Pop fan and pushed for his casting as Yelgrun three years later. A few days before filming his Star Trek: Deep Space Nine role, he was injured in a mosh pit during one of his concerts. (Star Trek: Deep Space Nine Companion)”. Here’s a clip of him the  role!