Well I was able to check out the 1977’s ‘Black Samurai’ for the first time and I’m not quite sure why I put it off for so damn long, I think it might have something to do with the shoddy looking cover art on the VHS copy I had. Being a HUGE fan of ‘Enter the Dragon’ and having such an amazing time seeing ‘Black Belt Jones’ on the big screen here in Portland Oregon for the legendary Hollywood Theater’s Kung Fu Theater a few years back with a packed crowd I should have certainly done it sooner. Yep Jim Kelly is once again a total bad ass in some of the most outrageous scenarios of his whole career! The proof is in the poster alone…

So I really wouldn’t say he screams of a “Samurai” per say here in any real way even though there’s a brief scene of him messing around with a samurai sword. Here’s really more of a 007 James Bond type of guy here, an Agent of D.R.A.G.O.N. to be exact, who’s using his crazy kung fu skills to annihilate any asshole who he can get his damn hands on! And boy do throw some real wild ones his way for a total ass whooping. The whole plot revolves around Kelly hunting down a satanic black magic cult who’s kidnapped his lover, lead by the most geeky unthreatening, snake obsessed, white guy, villain boss I’ve surely laid my eyes upon. Kelly’s challenged by all sorts of his evil minions, tuff guy street thugs, tribal type warriors, insane little people with whips and most bizarre, the cult leader’s evil giant pet vulture! Yes he has a hand to hand battle with a damn vulture and also flies around in a jet pack, has a couple rad car chases and hangs at a mariachi party all while looking the most stylin’ and ripped as Bruce Lee while doing it all. 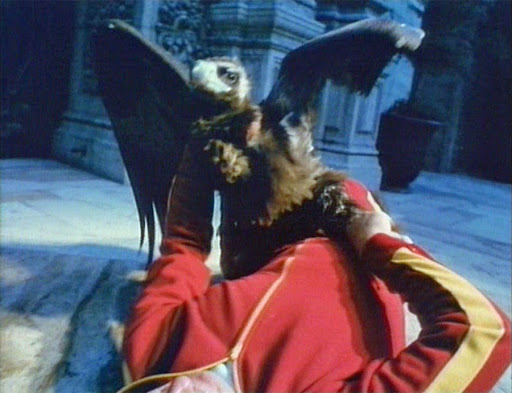 That’s not to say the sleazy cult director, Al Adamson makes it at all flow smoothly as there’s some seriously ridiculous yet fully satisfying martial arts battles here to gloriously behold. Jim Kelly still has the kick ass moves, but the crazy choppy editing and some of the perplexing overdubbed dialogue thrown into scenes has just got to be heard and seen to be believed! This certainly has got me on a Jim Kelly kick lately because this one was so satisfying, after this pandemic cools down I’m sure this one needs another play with a group of friends. It’s a full on train wreck of fun that plays out just like a grimy pulpy comic book adventure. 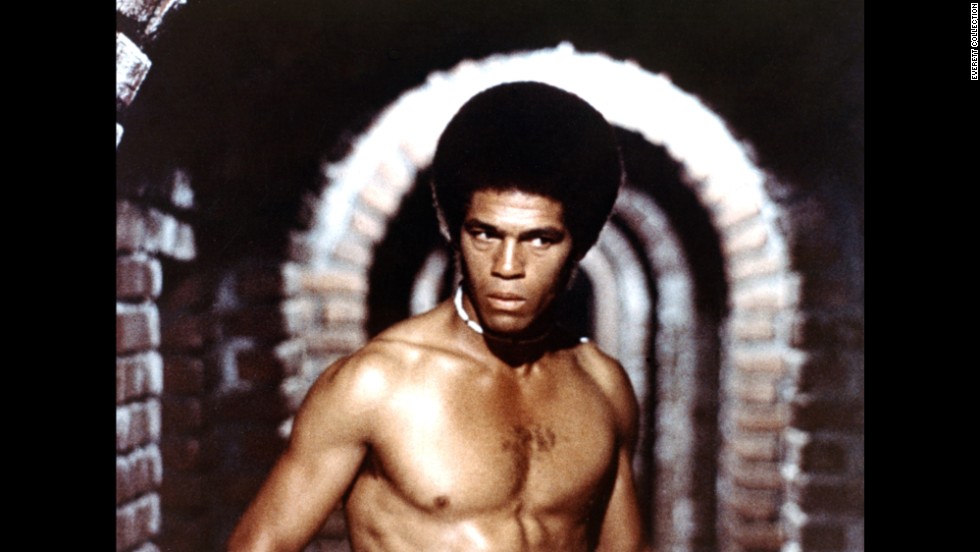 Jim Kelly’s one of the coolest 70’s action heroes and here in Black Samurai he proves once again exactly why he can’t be messed with especially if you decide that kidnapping his girlfriend is somehow a good move (it’s NOT). It’s well paced, throws everything but the kitchen sink at you and to be quite honest most of it sticks to the wall. From his rad track suits to his flashy sports cars, Kelly displays a suave, cocky swagger that never gets old. Let Black Samurai take you back to the 1970’s for on hell of an over the top adventure! Check this trailer out if you’ve never seen it before if you’re in doubt!