First off today I’ve gotta say, I’m so tired of the new Ghostbusters movie rumors, the latest being that there’s a new all male version of the franchise that was announced in the last day or two. So we we now have two reboot Ghostbusters flicks coming our way and you know what? Who really gives a shit?! This whole new Ghostbusting movie thing has been going on for far, far too long, with the original cast, then no Bill Murray, on again off again, it’s happening, no it’s not, female cast, male cast, expanded Avengers universe treatment, blah blah blah-enuff already! Now onto something Ghostbusters related that actually kicks ass!!

I sat down a few nights ago to check out my recently acquired VHS “Enemy Territory” a rad movie back from the 1980’s(when you might have been able to really get people pumped about another Ghostbusters flick!) that I’ve never seen before. It’s star power being the man who made the Ghostbusters theme song a bonafide hit back in 1984- Ray Parker Jr.!!

This movie was such a damn pleasure to watch that it had me grinning from ear to ear the moment it started, perfectly bumpin’ with some totally def 80’s hip hop as we meet our movies main characters. We also see a few other cool things, Charles Band (the king of cheezy 80’s horror flicks/ Full Moon) produced this one, and Peter Manoogian who directed such awesome 80’s “so bad it’s amazing” flicks Dungeonmaster, Eliminators & Arena! So this was bound to be a good one, and it was. In 87′ this one flew pretty low under the radar and that’s a shame as this one is a total crowd pleaser for anyone who loves the 1980’s as much as I do.

This one is like a 1980’s version of “The Raid” or the more recent “Dredd” but full of comedy and goofy as characters. It tells the story of a schlubby life insurance agent, a lame white guy played by Gary Frank who heads off into the rough part of town late one night to get an elderly woman to sign off on a policy. He has to head into a super duper dodgy apartment complex, travel all the way to the top floor, the only problem is that the building is “owned” by a crazy ass street gang called “The Vampires” headed by a bad ass to the bone Tony “Candyman” Todd in one of my fav roles of his.

Yeah Gary Frank get’s into an altercation with one of the Vamps on the way up the elevator and soon all muthafukin’ hell breaks loose on this cowardly guy! Well lucky for him telephone repair man, played Ray Parker Jr. is there to save his ass! The movie’s a nonstop great time, filled with great action, over the top villains and even a crippled ally in a wheelchair that’s equipped with welded shotguns!

It’s a race for survival as Ray Parker Jr. kicks some serious  gang ass while trying to make it from the top floor to “safety” on the streets. This one’s not real keen on being PC but it’s a serious ton of 80’s fun, a true lost gem! Seek this one out and watch with friends and plenty o’ booze asap!!

There are movies way back from when I was a kid that I never thought would see the light of day on dvd. I’ve fond memories of going to the video store (back in the 1980’s when everything was VHS or Beta!) on the weekend and picking out movies with my friends on our parents video store cards. Mostly what I remember most are the amazing VHS box cover art from the 1980’s and how excited I was to get back home and watch the movies! We had to be sneaky around our parents because a lot of these movies they would’ve never allowed us to watch. It’s funny to, looking back because most of these movies we were sneaking around with were incredibly cheezy horror, action or sci-fi flicks that most people today think are nothing more than laughable cinema. To us though that shit was fully legit!

So years have passed and many of those flicks have been forgotten right? WRONG!! Thanks to Shout! Factory we are getting a LOT of those classic movies released now on DVD! I recently had some extra money to blow and found two movies I’d thought would remain on VHS only forever. However not only did they have them both on DVD but they also came with three other movies each that I have never seen before, but fondly remember their cover art from back in the 1980’s!! First up is one of my faves as kid, The Eliminators!

This movie was featured a couple times at our Bad Movie Nights we have here in Pdx and it delivers the goods above and beyond every damn time! If you are looking for the ultimate movie to get wasted with your friends and laugh (and love at the same time) this is IT! 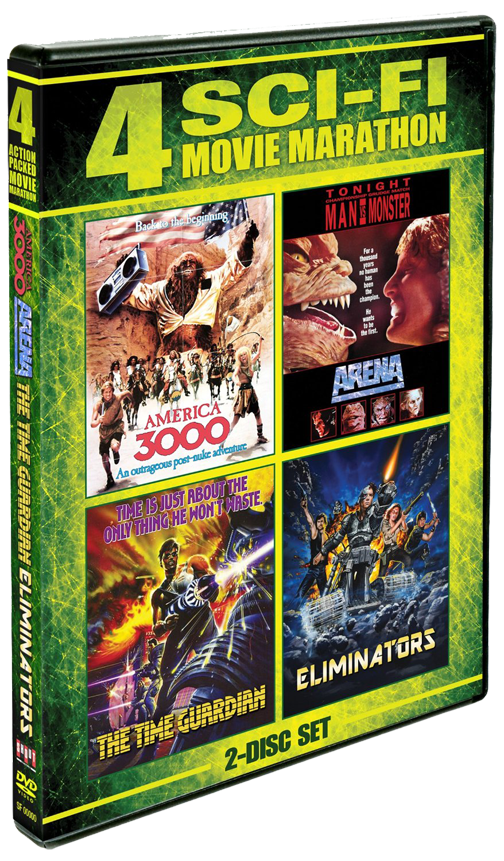 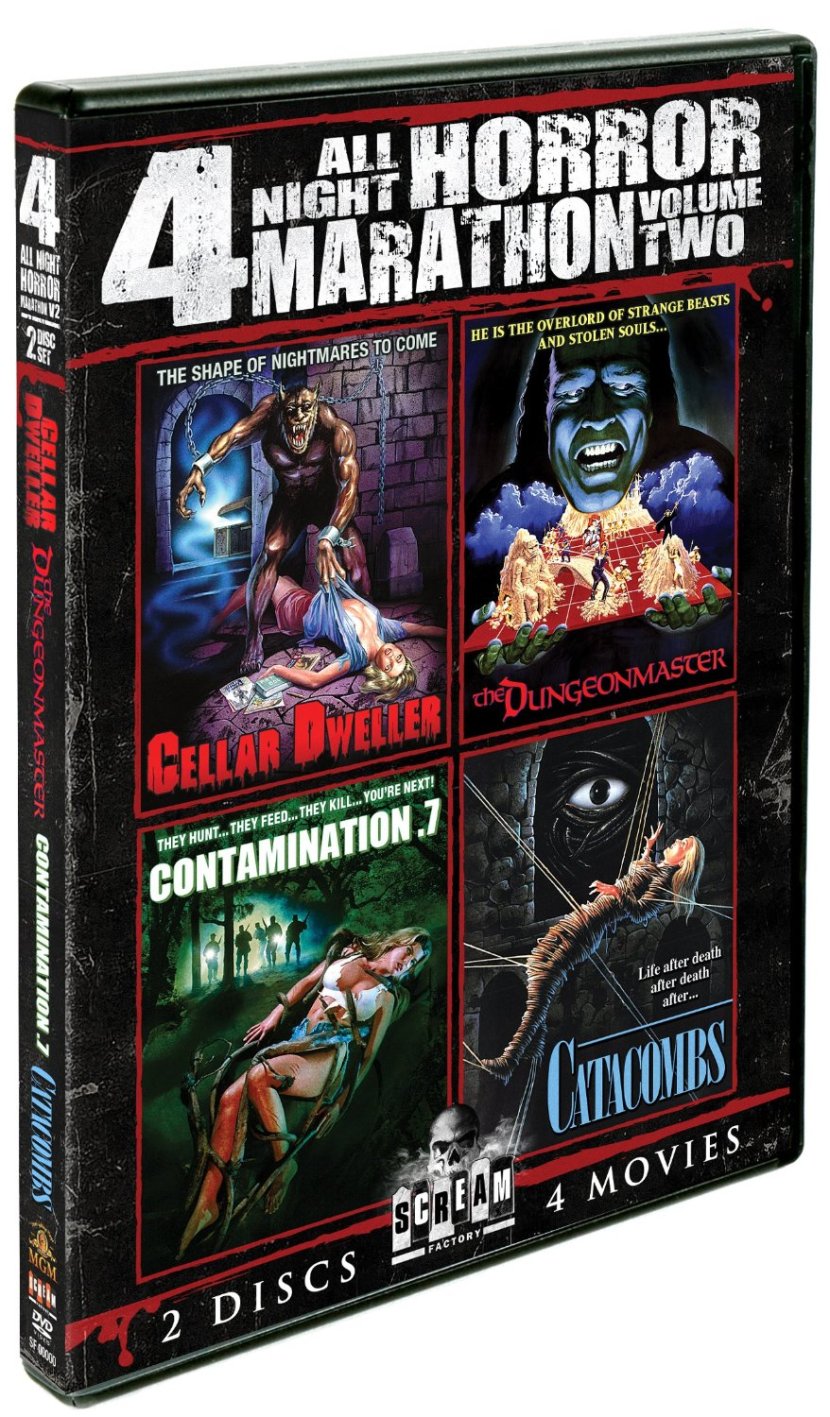 Second I found that they released “The Dungeonmaster” from 1985 which was also one of my all time favorite movies as a kid. Being eleven years old and seeing this one for the first time back then was a real treat. The movie is downright ridiculous but it’s jammed to the brim with stop motion monsters, puppets, animatronics, crazy action, adventure, Richard Moll in a cloak & a rock and roll battle against the heavy metal band W.A.S.P.!

This one should really be viewed as a double feature with Eliminators but the DVD also features 3 other flicks two of which I have never seen before! “Cellar Dweller” from 1988 which is a pretty cool little monster flick, “Catacombs” and “Contamination 7” from 1993. So if you love those old video store movies of the 1980’s as much as I do but don’t have a VHS player or access to these on video do yourself a favor and spend some time exploring the Shout! Factory website!