I love digging up these old VHS boxes as so many of them feature iconic artwork that’s never left my mind from way back in the days of the video store experience of the 80’s. So today I’m featuring a pretty unknown jem of a movie from 1985 by Independence Day director Roland Emmerich.

This one is a great movie, a total 80’s Amblin, Speilberg rip off but a ton of fun. It borrows heavily from movies like E.T., Poltergeist and Close Encounters. It was also known as ‘Joey’ and features a villainous ventriloquist doll so yeah there’s that too! Anyway I’ve always totally dug the cover art from when I was a kid and it totally represents the movie as well. You know most more obscure 80’s flicks feature some totally wicked cover art but then the movie just doesn’t deliver one tenth of that awesomeness. Making Contact has a great cover and is actually a pretty cool little flick too!

This cool ass box art was done by Barry E. Jackson, if you want the full scoop on him and some of the other totally epic cover check out this link from one of my favorite blogs Camera Viscera!!

Saturday night I had the pleasure of watching NUKIE a little known shiny turd of a film from 1988! It was jam packed with crap! It followed the story of an annoying pair of aliens who crash land on earth, one in Africa and one in America. It’s supposed to be like some sort of hybrid of E.T. and Close Encounters except just really ultra suck-tas-tic in about every way imaginable!

This movie tries pretty hard to be cutesy and have a lot to say but in reality it’s just an excuse to use and animatronic alien head for two hours! Yeah that’s pretty much all this one has got ‘going’ for it and once the semi decent Nukie puppet alien face charm wears off you’ll be wondering how the hell this pile of dung ever got funded! This movie is full of weird stereotypes as well.

Nukie our main alien character runs around the African fields with his runny nose and befriends a pair of local tribal boys. There he does weird dances for them, asks random giraffes if he’s in America, irritates locals, transforms into blue glowing orbs and hijacks a helicopter with a monkey in a diaper. Yes this movie also features a weird ass super fucking annoying talking chimp who of course wears human clothes.

When he first appeared on screen and started mouthing off his incredibly irritating dialogue I had to restrain myself from getting off the couch and throwing my friend’s television out the damn second story window! From what my Nukie-fried brain can remember there wasn’t a single reason why this chimp could or should have the ability to speak english. Perhaps just being in the presence of Nukie gave him the superhuman ability to become one of the most annoying talking animals I have ever seen on screen. Later that night I had repeated dreams about washing that chimps mouth out with a bar of poison soap! Yep he makes the movie worthwhile alone! 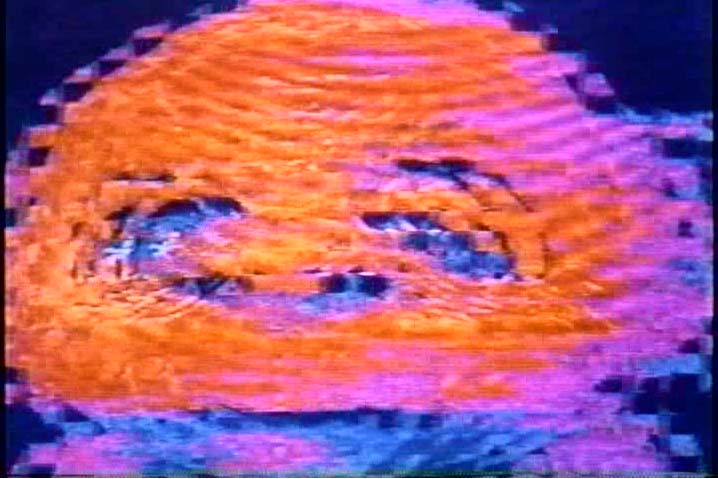 That’s not all though, Nukie’s twin buddy Niko hangs out at this super boring NASA base, and every time they cut to the NASA scenes the movie suddenly sounds like the opening narration to an episiode of Dragnet! Yeah and boy do they love to show the same view of the NASA building over and over and over. There though Nukie’s buddy is experimented on by super lame scientists that hang out around a super computer that essentially does nothing but spit out useless information and weird ass dance music.

The rest of the movie is kind of a blur, but Nukie and Niko finally meet up and escape and guess what? They actually take the talking chimp along with them! I mean these two aliens have got to be suffering from severe nuclear brain damage to do a thing like that? If only we could get a sequel that followed these three idiots around for another 2 hours! Beware of this films it sucks bad and MUST be watched!!!