The Dregs is a new series from Black Mask and the debut issue is great, engaging & totally original read. I love comic books that genuinely bring something new to the table and The Dregs is totally fresh one that at least for the time being doesn’t seem like it’s been done before. It take place in Vancouver BC and begins an intriguing mystery to life in a city that’s rapidly gentrifying. The main character here isn’t handsome or rich, we follow a drug addicted homeless man as he embarks on a bizarre journey to find one of his friends who’s suddenly disappeared from the streets without a trace. Lucky for us his whereabouts are revealed to us within the first few pages, very unlucky for him though. 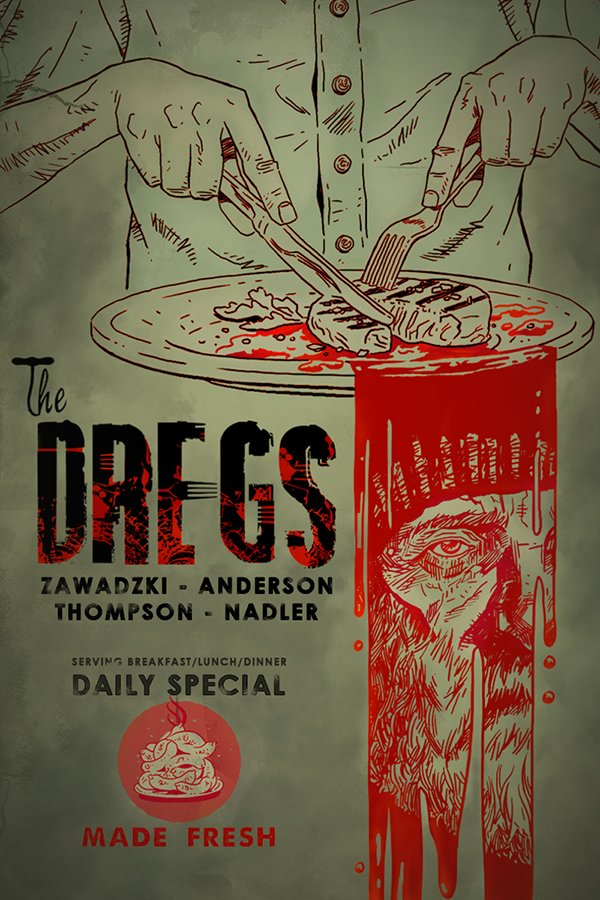 The story starts off with quite an opening that you’re likely to be thinking about long after you put down the first issue. The Dregs looks like it’s going to be tackling some real world issues as we see the hip yuppy filled city from the eyes of the people who actually live within it’s darkest corners. For me I’m seeing a lot of what’s happening within the pages of this debut issue happening for years within my place of residence Portland, Oregon. People have been being pushed out of their homes now for year and recently at a more alarming rate that ever before. Many cities all over are getting complete makeovers, filling quickly with shiny boutiques, high priced coffee houses & hip over priced restaurants. The wealthy are flocking to places while  housing and rent prices have shot through the roof. END_OF_DOCUMENT_TOKEN_TO_BE_REPLACED

It’s no secret here – I love Alpha Flight! I love John Byrne too who’s the man behind the Canadian supergroup, heck I’d go as far as to say that he’s my favorite comic book artist of all time! So today I’m showcasing his amazing cover from Alpha Flight #5 way back from 1983. This one features a cool solo story with none other than Puck the coolest little superhero of all time and quite possibly hairier than Wolverine!! I’m so bummed that Marvel can’t seem to come up with a good ongoing  series for the team. If you want a great run of comics to read check out John Byrnes run on the book (issues 1-28) you get great art an lots of drama and then some. This rad cover proves sometimes simplicity is the best approach!! I love how he’s jumping out of the price box-brilliant!

I finally got around to checking out Kevin Smith’s horror podcast inspired movie “Tusk”. I have been looking forward to seeing it for a while now, but unfortunately this one doesn’t live up to the hype. Nope, what we have here is Kevin Smith’s “wacky” idea of a movie inspired by one of his “wacky” podcast episodes. I guess I really wonder why he’d waste the time to make such a shitty movie? Did the idea really sound that awesome on his podcast? I know it’s supposed to be like the Kevin Smith version of Human Centipede but this movie really didn’t need to be made. It was boring, it’s plot was generic, it’s characters were not likable in the least and it wasn’t funny or for that matter scary. Hell Johnny Depp couldn’t even save this one, in fact Depp’s character made the movie even worse!! Spoilers Ahead be WARNED!

So we have a hotshot podcaster played by Justin Long and his wisecracking nerd hipster buddy Haley Joel Osment who are supposed internet celebrities with their “clever” named website “The Not See Party”. Get it?!! Duh…They interview strange people and post viral videos that star these odd people basically making fools of themselves. So justin Long’s character goes on a trip to Canada and ends up randomly meeting an odd old man from a flyer he finds hanging on a wall in a dive bar. He goes to the creepy home of the man and listens to him blabber on about his unbelievable (stupid) stories at sea and his totally idiotic story of a walrus saving his life on a desert island. Then Justin Long realizes his tea has been drugged and passes out. This is where things are supposed to get “intense” when we realize the old man is obsessed with that walrus that saved his dumb life! Yep like Human Centipede he decides to transform Long into a big ol’ walrus. Shocking right? Hardly!

Johnny Depp wouldn’t attach his name to this movie even though he stars in it…hmm…I wonder why?!

On top of that we get some kinda lame side story with a “Kevin Smith-y” type love triangle going on that I honestly could’t care less about as all the characters in the movie are pretty uninteresting & annoying. Then we get an another pointless, irritating character showing up, Johnny Depp in heavy make up flashing some truly cringeworthy acting. The rest of the flick is just one big dumb pile of crap. We get an uneven story with bunch of idiotic scenes of Justin Long “arping” around in a big walrus suit, eating fish, and fighting his captor in a walrus battle. All of this shit is supposed to be clever and funny but it’s really just well…boring. I feel like I lost some brain cells watching this one and the surprise ending is just as dumb as you might expect. It tries hard to make some witty sense of this big stupid pile of horse shit of a film.

I have a love/hate relationship with Kevin Smith he has made a few ok films but for the most part I just don’t think he’s all that funny. This was most definitely his worst movie, which I’d call a gigantic waste of time for all those involved and all those who’ve watched. Please Mr. Smith don’t make anymore podcast inspired movies. I am now officially not excited to see Kevin Smith’s Krampus flick…

I always loved this particular comic book cover by John Byrne way back from 1985! Alpha Flight #22 is a fun issue with a great simplistic cover. I love when team titles have issues where you get either a solo adventure or a pair together, in this case two of my favorites the mutant twins Northstar and Aurora! I love how frustrated they both look while in the clutches of The Pink Pearl.

Alpha flight was an excellent title and I highly suggest the entirely charming John Byrne run of the series. Now the cool thing about this is that you might think the Pink Pearl was simply a one off villain but in fact she has sine appeared several other times through the years most recently briefly in The Logan Legacy. John Byrne too had his act fully together with these 80’s Alpha Flight comic covers too! This one though has always been a fav of mine!

I am quite a fan of Jon Knautz’s Jack Brooks: Monster Slayer, I love his old school approach to the movie using all practical monster effects. It was awesome and I think that when he finally gets around to making a sequel it’s going to be even better than the first. So far he has only made two full length movies, his second being the recently released on dvd, “The Shrine” which I have been looking forward to for quite sometime now. It wasn’t quite worth the long wait but it was a damn good attempt. It had quite an intriguing story though and a nice twist ending I gotta admit.

The premise is quite simple a trio of reporters head to Poland to check out the disappearance of a tourist there and end up in a tiny village in the countryside. There this quaint little town is filled with some seriously oddly aggressive people, one being Trevor Matthews, Jack Brooks himself END_OF_DOCUMENT_TOKEN_TO_BE_REPLACED

So I just got done reading the brand new Alpha Flight 0.1 and it was a pretty nice re-introduction to the original team! It had some real great artwork by Ben Oliver and Dan Green and a great cover which brought back memories of John Byrne. What really would have been great would have been if they could have actually got Byrne to draw this new series(check out the amazing pick below by Byrne). So far so good here as we get a pretty interesting idea of some sort of political turmoil in Canada as their elections are about to begin and a new party called Unity is revealed. I am assuming that Unity leader must win the election and somehow turn the country against Alpha Flight? We’ll see I guess!

I just found out a few minutes ago that there’s a 9 page preview up for the upcoming 8 issue limited Alpha Flight series that ties into the current “Fear Itself” storyline! Now I’m not really following the Fear Itself storyline per say as personally it just really didn’t sound all that interesting to me. If I was made of money these days I would most likely be throwing down the cash for it regardless but sadly as of late I have to be a bit more picky with my weekly selections. However I will be checking out this mini series as it features quite possibly my fave super hero team of all time.

Anyway as you can imagine I am downright thrilled to see Alpha Flight is back again! Even Bendis couldn’t keep them down, but the question remains is this going to be the Alpha Flight book fans have been waiting for? Is this the answer to John Byrne’s magnificent 80’s run? Well if you check out this link here you can make that judgement yourself I have my fingers crossed as I’m going to check out the first nine pages right now! One question I have however is what the heck happened to Marrina? She looks like she just got off work from her weekend job at Hot Topic!