I am pretty open to watching nearly any horror movie good or bad and I had relatively low expectations for the newly released on DVD film “Camp Hell”. It had some promising elements in it as it took place at a Christian summer camp and supposedly involved demons showing up to wreck havoc on the kids. However that was not quite the case here with this one which also boasted to be based on true events. But first things first, the movies cover has a gigantic picture of Jesse Eisenberg’s (The Social Network, Zombieland) head on the cover and solely his name above the movie’s title. Meaning this one was jam packed with fan favorite Eisenberg……WRONG!!! That’s actually the most funny thing about this movie-he actually only appears in this movie for roughly two god damn minutes! I mean check out this cover below-you can’t possibly get his head any larger on the damn movie cover! 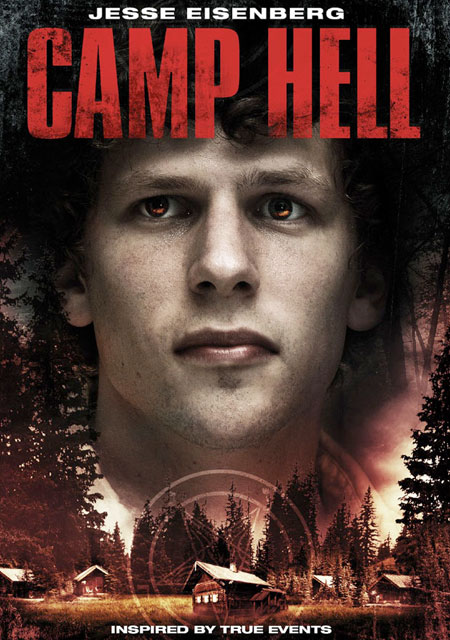 So if you’re a fan of ol’ Jesse you won’t be getting your fix here! But anyway the movie revolves around a boy who’s wacko Christian extremist parents send him off to a wacko Christian extremist camp where the priests there think comic books, rock music, wackin’ off and making out with girls will send you straight to the hot fire pits of Hell! END_OF_DOCUMENT_TOKEN_TO_BE_REPLACED