Of Course by now you’ve all realized how much I love the iconic artwork of master Bill Sienkiewicz! Well here’s a little treat, an unpublished cover for the Incredible Hulk #300 from 1984 that he did. The truly epic artwork for a legendary issue that pitted a seemingly mindless Hulk up against some of Marvel’s greatest heroes hell bent on ridding the world once and for all of the monster. Instead though Doctor Strange sends The Hulk into an alternate universe called the “Crossroads” for a truly unforgettable chapter in chapter in The Green Goliath’s history. Check out Bill’s cover: 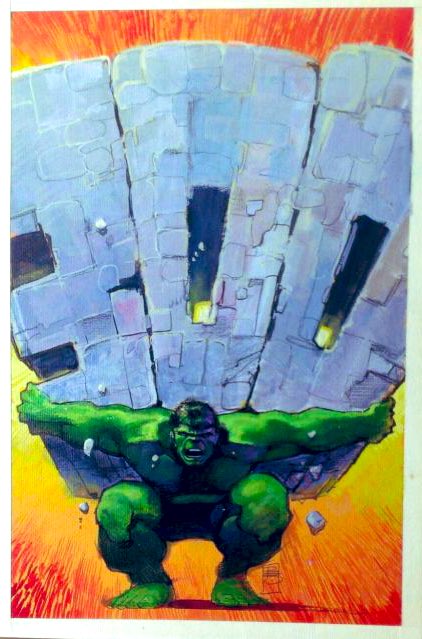 The original cover by Bret Blevins is equally impressive, but this unfortunately was a time before Marvel cover variants we put out there for fans, Damn how Bill’s cover would have also been perfect…here’s the original:

So the big news on the Indiana Jones front is that Harrison Ford has officially fianlly started filming the latest installment of the franchise! I’ll admit, I consider ‘Kingdom of the Crystal Skull’ a guilty pleasure, but by no means do I consider it a great Indiana Jones film! I’m really hoping that they will get this final installment, with the original actor portraying the iconic 80s hero right this time for one last hurrah. I ‘m always down for some Indiana Jones and even recently went back and revisited some of the 90s ‘Young Indiana Jones’, which isn’t quite as good as I’d hoped it to be. So this now leads me down a new path: the 1980s Marvel comic series ‘The Further Adventures of Indiana Jones’ and here today I’m showcasing one of the series best covers beautifully done by Bret Blevins… I’ve never read an issue of this but this amazing cover certainly has inspired me to! 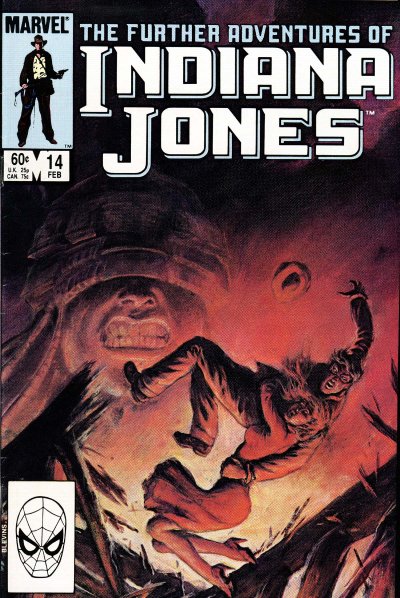