Here’s a pretty neat little modern throwback horror movie I took a chance on recently that turned out be quite a bit of fun. ‘Book of Monsters‘ is a low budget British creature feature that clearly makes it’s best attempt to harken back to the gory glory days of 80’s horror flicks like ‘Evil Dead 2’ & ‘Night of the Creeps’. It takes place on the main character, Sophie’s 18th birthday, when she reluctantly decides to throw a birthday party at her house. Her and her two friends are hardly the cool kids in school and aren’t even sure anyone will actually show up. To their surprise the birthday bash attracts a whole crew of unruly teens and even a few of the school bullies. Well it doesn’t take long before some weird supernatural shit goes down due to meddling with a necronomicon type of book. A full on bloodbath occurs when some creatures emerge from another dimension, invade her house and begin to slaughter the rowdy party guests. Sophie and her pals must band together to fend off the attack and protect their classmates from monster carnage. 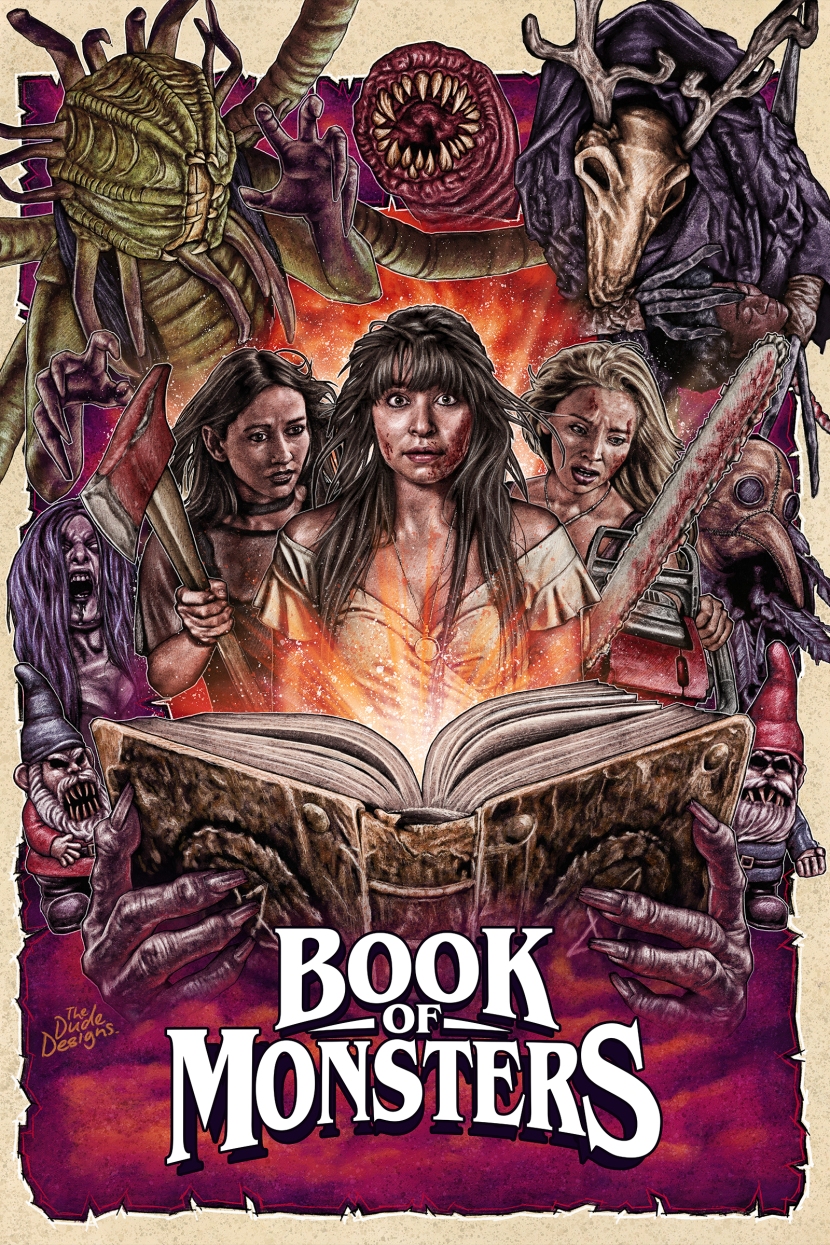 It’s a simple story to follow and with a short run time of 84 minutes it’s a perfect party movie (literally) to watch on a Saturday nite with a gang of old school horror fans. One of it’s strongest parts is the protagonist Sophie, who’s a totally likable heroine who struggles with self esteem, teenage sexuality and the strange events of her past which tie into the supernatural events that occur. She’s also one of the only gay horror hero’s I can really recall seeing and they present this aspect of her character in a way that doesn’t feel fully forced into the narrative. Sure we got some bigoted bullies and typical teen jerks but those were always prevalent in the 80’s teen horror movies that likely inspired this one. 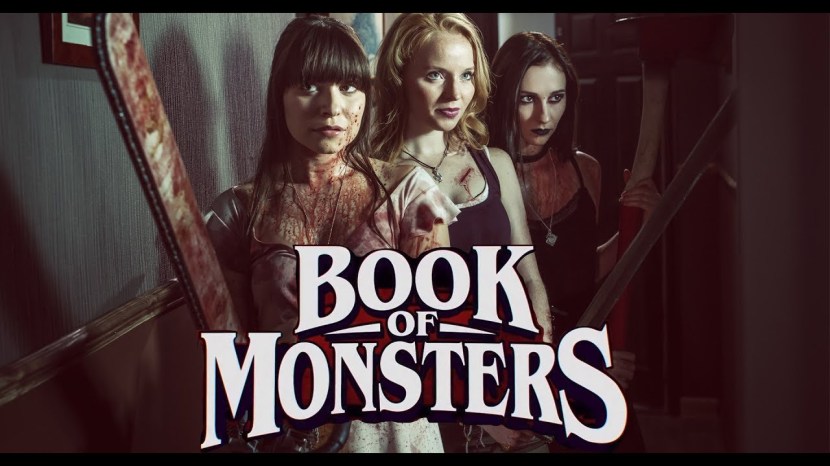 Now onto the horror aspect of things, though I liked the movie, I’ve got to admit I’m a bit tired of the ‘evil book/necronomicon’ angle of things, it feels pretty played out and I kind of wish they’d have used a different reasoning for the summoning of the monsters. Hardly a complaint really as once things get going here it’s pretty fun & action packed. The monster & gore effects are pretty ambitious for the most part. For the budget they had to work with they deliver a fair share of cool practical fx work avoiding for the most part cgi entirely (if my memory serves me correctly). The monster designs are pretty good too, one looks a bit like it was ripped out of M. Knight Shyamalan’s the village, one’s like a standard slasher dude and the other is kind of like a “Natasha Henstridge” Species/cenobite type-o creature. They all do a decent amount of gory, goopy damage too & it’s all executed in a fairly cartoonish way so it could easily be digested by the light weight horror fans. Oh yeah some evil garden gnomes are thrown in as well, that with a little more budget could have been far more crowd pleasing- but still an “A” for effort. There’s lots of chainsaws and general ass kicking done by the three female leads and even though most Hollywood blockbusters are trying to currently shoehorn girl power into movies ‘Book of Monsters’ does it in a tasteful way that doesn’t feel like it’s blatantly pushing some agenda for brownie points.

If ‘Book of Monsters‘ had been released in 1987 it’d have been a bonafide cult classic, it’s a nice switch from all the shoddy CGI & digital blood of modern horror movies. It leaves the door open for a sequel and I think if it gets one with more cash behind it, there’s a possibility the second installment could very well end up as a modern day cult classic. For the meantime though I think the best crowd for ‘Book of Monsters’ are those who miss the glory days of 1980’s schlock, goofy gore & teen horror flicks!

Now here’s a new crazy looking monster movie that looks pretty damn sweet and totally ready to quench my thirst for those gooey creature features of the 80’s! There’s something about most modern monster movies that just doesn’t cut the cake for me, I’m rarely convinced these days that a CGI creation is much of a threat on screen, as they don’t really look like they’re actually there in the flesh. Rather floating around on a separate computerized layer. So as much as I loved “A Quiet Place” the monsters were probably my least favorite thing about the movie. Give me an 80’s classic like ‘The Thing’, ‘The Blob’, ‘Gremlins’ or even something like “Neon Maniacs” any day of the damn week!

Judging by the new trailer for “Book of Monsters” I might’ve just found the kind of movie I’m looking for. It looks like a long lost 80’s creature feature in the best way possible. The premise sounds like a fun time as well, besides the whole “evil book” thing which might be considered a bit played out at this point, it still looks like a ton of gory fun filled with a lots of old school practical fx monster mayhem.

“Sophie’s 18th birthday party becomes a total bloodbath when six horrific monsters descend upon her home, intent on devouring the party guests and killing anyone who tries to escape their clutches. As her school friends are ripped to shreds and eaten, Sophie must rally a band of misfits and take up arms to send their party crashers back to the depths of hell. To survive the night, Sophie will face her destiny; monsters are real – and she’s the only one who can stop them.”

Check out the trailer, this one’s set to drop on August 25th..