Here’s another installment of ‘Creepy Comic Book Covers’! This week as we grow closer to Halloween it’s only obvious we’d check out a odd battle that took place way back in 1977 between Iron Man and yeah…Frankenstein’s Monster!! As it states on the cover he’s “the most unexpected foe of the year” and I always loved it when Marvel would pit it’s classic superheroes up against classic monsters. This is an excellent cover that features Tony Stark in some deep shit as Frankenstein’s Monster just got done serving him his ass on a platter! What I really love are Frankenstein’s Monster’s weird ass little minions crowding around Iron Man armed with wooden clubs and out for blood! A great halloween flashback from comic book art legends Val Mayerick & Dave Cockrum! 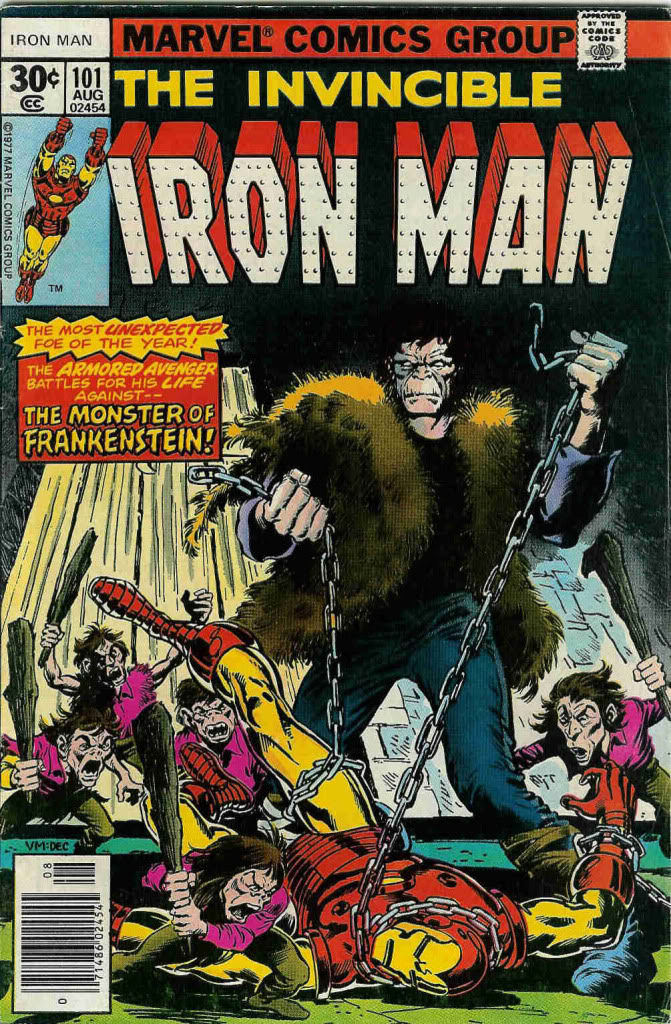 One of the greatest comic book artists of all time is unarguably Bill Sienkiewicz, to prove my point once again I’m posting a pretty mediocre one shot from 1986, with a simply stunning cover by Bill. Step aside Wonder Woman cuz here’s……..Wonder Man?! Yeah, here’s one of my favorite Avengers that simply never got enough love. Wonder Man was a mega strong kick ass dude who sported one of the coolest looks in the comics, nobody could sport that stylin’ red jacket any better! Also known as Simon Williams, he quit the Avengers to pursue an acting career something not many other superheroes would ever dare attempt. Originally a bad guy created by legendary villain Baron Zemo to take on The Avengers in 1964, Wonder Man ranks as one of the strongest Avengers too and Bill Sienkiewicz provides the character with his most glorious appearance on this  classic, forgotten piece of cover art! 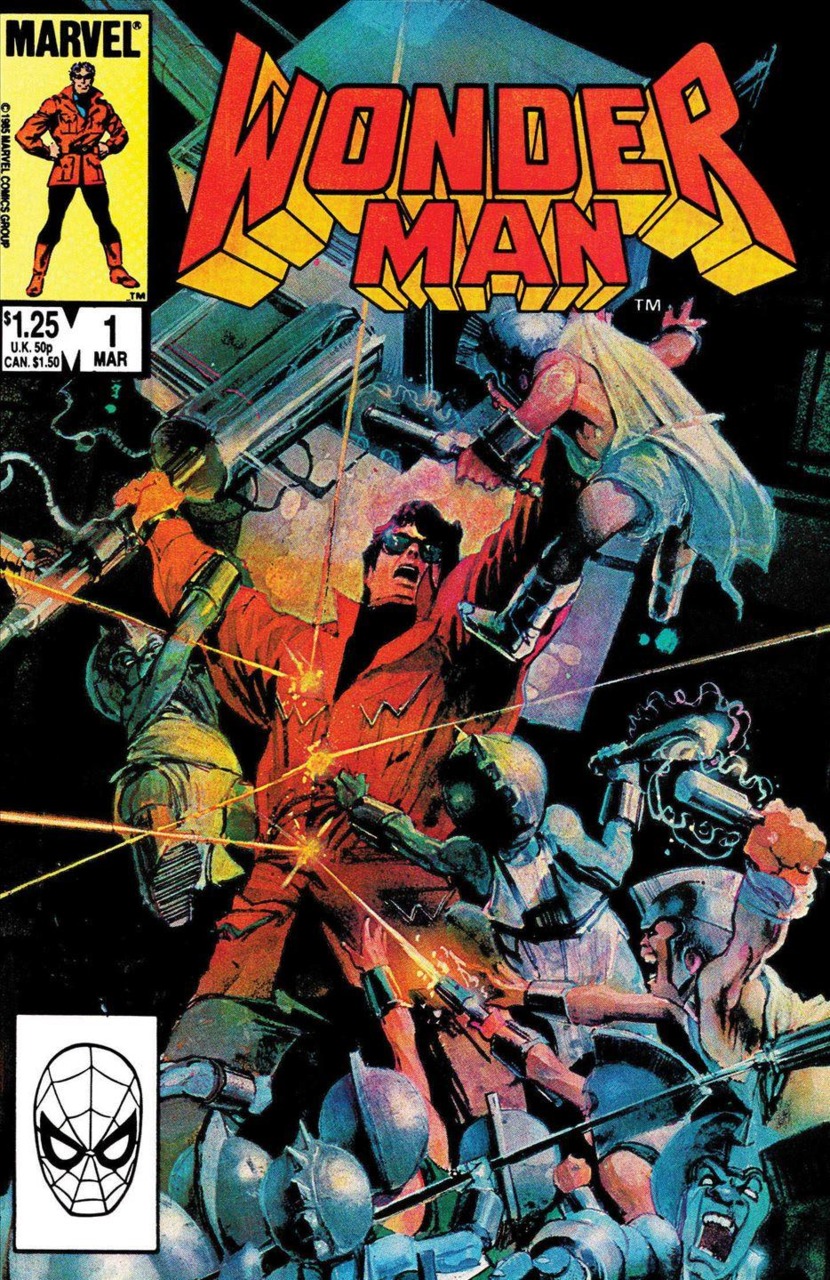 Marvel Comics Presents was a cool anthology series from 1988 that really kickstarted the first Wolverine solo series that same year. This started one of my favorite eras of the character where he took the nickname “Patch” and hung out on the mythical island of Madripoor for some truly grand adventure.

Marvel Comics Presents #1 features the start of the ‘Save The Tiger’ storyline, which is pretty awesome and has some great artwork by John Buscema and features Wolverine going up against the classic Shang-Chi villain Razorfirst. The series featured four, eight page stories from four different superheroes Wolverine remaining at the forefront for most of it’s run.

This particular cover was always a favorite of mine, features some awesome artwork by Walt Simonson and has Wolverine, Shang-Chi, a gigantic Man-Thing and the Silver Surfer. It’s a full cover front and back. What a great cast and an epic cover from a great era!