Now this is how you bring the fire to a god damn comic book cover! Moon Knight #26 from 1982 has one of my favorite covers by master icon Bill Sienkiewicz! His abstract style was a step above the rest and to this day no one comes close to doing covers better than Bill.

Always a real treat when his art would grace a book’s cover and even better if you’d open it and see did the inside art as well, which he does ever so brilliantly with this particular issue.

Things are always epic when Bill is on the damn job!

One of the true all time greats as far as comic book artists go is most definitely Bill Sienkiewicz! His style is like none other and as far as comic book covers go, he is one the BEST! Anytime you’d get a cover from Bill you knew you were in for something several notches above what was normally brought to the table. Here are 5 covers he did for the Marvel 1983 adaptation of Return of the Jedi, a bit different from his normal output in being they’re much more simplistic than what he’s normally known for. However his final painting for the trade paperback (the last image) showcases his epic classic style, this all brings me back to a time when Star Wars had limitless potential. Oh what could have been…..

The story was called “Wounded Wolf” and featured Lady Deathstrike’s first appearance as a super freaky ass cyborg as well as her three Reaver mercenary minions. It also featured Katie Powers from the mutant kid team ‘Power Pack’ who during a snow storm encounters Wolverine who’s beaten to a pulp, covered in blood and nearly naked. Soon the two of them are both on the run from Lady Deathstrike and her cyborgs who’re out for bloody revenge. It reminds of a Wolverine movie storyboard Ridley Scott might have anticipated directing in the 80’s.  END_OF_DOCUMENT_TOKEN_TO_BE_REPLACED

It’s October and it’s time to get creepy with the comic book covers of the week! Here are actually two awesome creepy covers from one of my favorite little Captain America stories of all time. Both covers are drawn by my all time favorite legend of the biz Mr. John Byrne! This creepy 2 part classic starts in Captain America #253 with a resurrection of one of his oldest foes, the vampire Nazi Baron Blood. It’s a cool little mystery and also reunites Steve Rogers with his old World War 2 Invaders ally Lords Falsworth the legendary Union Jack, who’s now like ninety years old.

Then Issue 254 turns up the heat as we see the showdown brilliantly  drawn by Byrne and we see Union Jack somehow return to the action. The cover features the old as fuck Union Jack trying to get in on the action! Hunt this cool classic Cap story down it really doesn’t disappoint and is perfect for the Halloween season!!!

Byrne did a variant cover years later for the classic showdown in black and white. 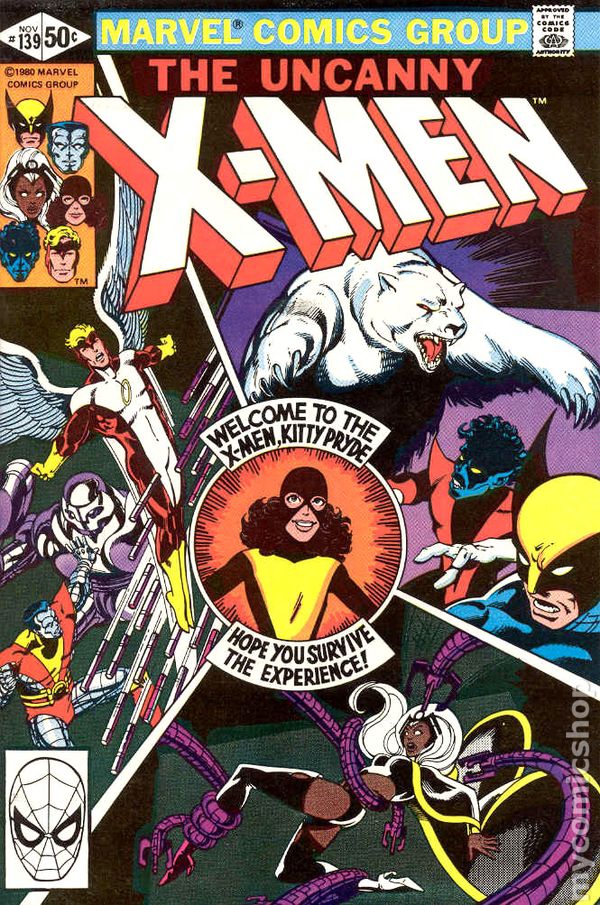 Man oh man how I love a good comic book cover! So much that I dedicate blog posts as often as possible focusing on my favorite comic book covers of all time. Well I’m not sure if you remember way back in the 1980’s but they had a string of issues where there was no cover artist. Instead they decided that they’d give us some live action superhero action! Now this sounds like a wonderful idea today, but back then it was a bit more difficult to really get the superhero look down on film. However these issues were ones as a kid I never forgot so let’s take another quick look at those legendary Marvel “photo” covers!

We’ve got some artists in the comic book industry who really were meant to draw certain characters and one who always needs mention when it comes to The Incredible Hulk is Dale Keown!! Yep it really doesn’t get much better than Keown’s version of the Hulk & from 1990 to ’92 when he took over the art on the title it was clear his version of the Hulk would go down in history as one of the best. He’s right up there with Sal Buscema and John Byrne in my book as all time best Hulksters. In fact back in 1990 his artwork on Hulk reminded me a lot of Byrne’s version of the character. Keown would go on to Image to introduce us all to his own “Hulk” type character, “Pitt”. Anyway Here’s a great Keown cover from 1990 that shows he’s one of the best Hulk artists of all time!!

Oh and if you still don’t think Keown was one of the best Hulk artists ever here’s a few more images to prove my point! This awesome comic book cover from 1983 has gotta be one of my favorites ever! Thor #337 features my favorite character from the norse god’s mythos-Beta Ray Bill! This super weird character made his first appearance in this issue and as odd as this guy looked he was deemed worthy of Thor’s hammer! So Beta Ray to me is just as cool as Thor, even more so I’d dig it if rather than a woman Thor, we’d just get him to take place of the character completely for a while instead. Also Walt Simonson uses simplicity to make this one of the coolest covers ever for The Mighty Thor comic series. I also really love it when characters affect the comic book covers logo’s and such-I’ve gotta sit down and dig this one out of my collection and give it another read pronto!! They need to put this guy into the next Thor flick dammit!

I’ve always wondered if perhaps there is some secret connection to Wolverine and The Owl in Marvel comics? Is it just me or do these two legendary characters share some unexplained similarities! Have they ever met in the comics? From what I can tell they’ve never crossed paths. So what’s up here are they long lost brothers? The Same person?! Distant relatives or did perhaps Wolverine rip off Leland Owsley’s style? Let’s compare!

Well let’s see Wolverine again…even though we all know what he looks like!

I’m sure i’m not the first to notice this ahem…striking similarity! but just for the record The Owl first appeared in Daredevil #3 in 1964! Well good ol’ boy Wolverine didn’t appear until 1974 in Incredible Hulk #181! So looks like Wolverine just might have copied Leland’s look for his own! Damn! But still I’m fairly certain The Owl decided he realllllly like Logan’s claws so he had to make a pair for himself. I’m not sure just when The Owl’s claws made their first appearance…STILL though I think it’s totally possible that Logan just might be Leland! Most people make aliases with the same letters in the first name right??! The conspiracy deepens!!