So it’s been confirmed it seems by several sites that not only is Bruce Campbell set to reprise his role as Ash in “Army of Darkness 2” but now that Sam Raimi will indeed be directing it and is now hard at work on completing writing it’s script with his brother. So this is all WONDERFUL news right?! Another adventure with Ash is something I’ve really only ever dreamed would happen. So now that it that it’s going to happen let’s  figure out what it really means. First, when was the last really good Sam Raimi movie? Personally I’d say it’d maybe have to be “The Gift” way back from 2000 or maybe “A Simple Plan” from 1998. Anything since then to me really either hasn’t aged well, was very mediocre or just plain sucked! 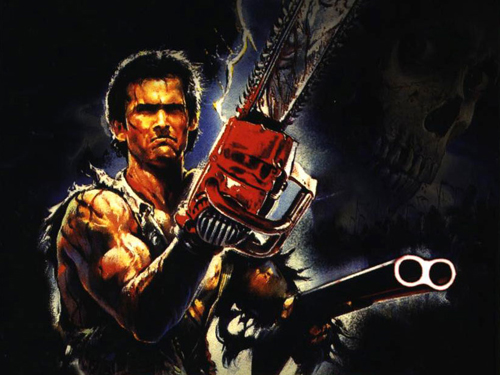 So really let’s be honest here, is Raimi really that awesome? Or did he happen to get lucky a few times and land a dream job directing the Spider-man movies? He tried to prove himself to his Evil Dead fans with “Drag Me to Hell” but an honest comparison to other more legitimately awesome current horror/ horror comedies revealed it really wasn’t anything  that special. A decent attempt but still a flawed one. So what are the chances that we’re going to get the Evil Dead / Army of Darkness sequel we have all been waiting for? What are the chances it’ll be “The Kingdom of the Crystal Skull” of the Evil Dead franchise? I’m gonna say 50/50.

One of the problems is that Raimi seems way too far removed from that the genre he basically created that so many others have tried to copy. He’s a bit out of touch, as he’s so used to cranking out big glittery CG stuffed blockbusters I’m not sure he’d really know what to do with Ash this time around. Hopefully he keeps it old school-perhaps this recent Evil Dead reboot will give him a basic outline to follow of what he should do to give the fans what they want as he’s stated that this next Army of Darkness is really for the fans. I think a good sign is that Bruce Campbell seems to understand more than anyone what made the movies all so fun. So perhaps he can guide Raimi into not making a total pile of shit. Perhaps Fede Alvarez who directed the reboot can also talk some sense into the guy.

The fans want Ash plain and simple at least in Army of Darkness 2. Not some young hip side kick to accompany him. He’s the star and he doesn’t need anyone else there trying to make the movie more accessible to the teen or tween masses. The fans want to return to that old school vibe, they don’t want the movie to look like Ash green screening around Oz the Great & Powerful. Give the fans some ridiculous gore and DON’T resort to anymore wretchedly bad CG anvil scenes like we saw in Drag Me to Hell. That was fucking pathetic. 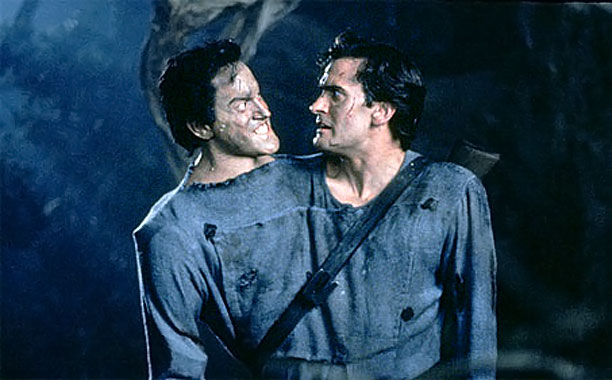 Do it right and don’t try to score a giant Hollywood hit with this movie, show everyone that deep down inside you’re still that hungry independent film maker of the 80’s. Set the new standard for all those newer directors who think they’ve one upped you at your own game. You’ve seen other big film makers try and revive their franchises and fail miserably, pissing off their fans and eternally tarnishing their greatest bodies of work. Let’s do this shit the right way this time! What do you think? Does Raimi still have it?!